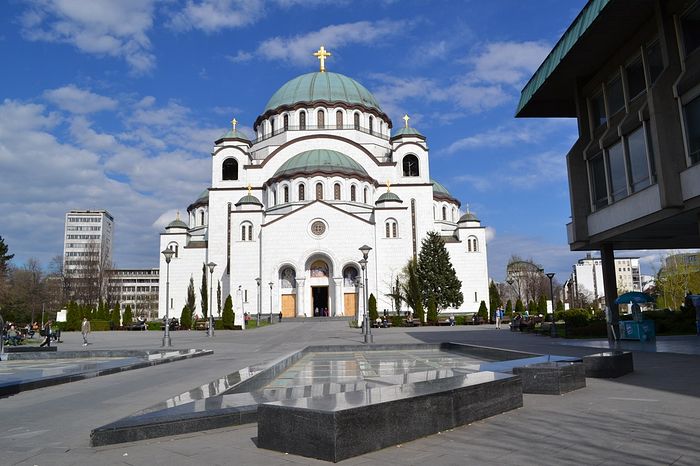 The decoration work on the dome of the Church of Saint Sava in Belgrade began on Tuesday and is slated for completion by the end of next year, said the signatories of a donation agreement for the work.

The agreement was entered into by the Society for the Construction of the Church of Saint Sava, Russia’s Gazprom Neft and a Moscow-based international fund for assistance to UNESCO.

It was signed in the Presidency of Serbia by President Tomislav Nikolic and Patriarch Irenaeus of the Serbian Orthodox Church, Alexander Dybal of Gazprom Neft and Manana Valentinovna Popova, a representative of the fund.

“This is brotherly, friendly, Christian assistance,” Nikolic said, adding it came like “rain that falls when it is needed the most.” 'The Earth Cannot Imprison Him'—St. Sava of Serbia
"In creating the Serbian Church, he created the Serbian state and Serbian culture along with it. He brought peace to all the Balkan peoples, working for the good of all, for which he was venerated and loved by all on the Balkan peninsular. He gave a Christian soul to the people of Serbia, which survived the fall of the Serbian state."
Comments