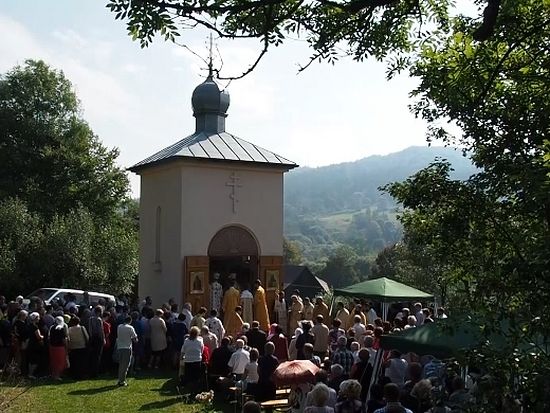 In the middle of September 2016, Polish Orthodox believers celebrated the 90th anniversary of the returning of the people of Lemkos to the Orthodox Church from the Uniate Church. A small village of Tylawa located on the border between Poland and Slovakia was the center of the celebrations.

The village of Tylawa is a significant place for the Polish part of the Subcarpathian region and for all the Polish Orthodox Church. In the autumn of 1926 the residents of the village who are the people of Lemkos (Rusyns) announced their desire to return and reunite with the Orthodox Church from the Uniate Church. Within a few years of this event almost 50 thousand Lemkos decided to support the decision of the Tylawa residents and to return to Orthodoxy as well. The descendants of these people came these days to Tylawa to celebrate the 90th anniversary of the so-called schism of Tylawa together with guests from Romania, .

Rusyns adopted Eastern Rite Christianity in the middle of the 9th century. Many laity and even some representatives of the Uniate clergy living in the Carpathians considered themselves Orthodox Christians even before the schism of Tylawa. Yet massive liturgical changes initiated by Uniate clergy from Galicia together with Ukrainian nationalist propaganda made Lemkos abandon the Eastern Catholic Church. The massive return of the Lemkos to Orthodoxy was preceded by the activity of the martyr Maxim Gorlitsky. Having been killed by an Austrian army officer for the Orthodox Christian faith, he was heard shouting before his death: “Long live holy Orthodoxy, long live holy Russia!”

Bishop Paisios of Gorlice told journalists during the celebrations" “Orthodoxy burst as a flame in the hearts of believers, both of the people who heard the words of the martyr and of the people who learned about them and this flame embraced our whole country." Martyr of Carpatho-Rus—The Holy New Martyr Maxim Sandovich
Fr. Edward Pehanich
As he was being led from his cell Fr. Maxim realized where they were taking him and humbly and with dignity asked, "Be so good as not to hold me. I will go peacefully wherever you wish." There they ripped his priestly cross from his chest and threw it to the dirt, marking an “X” with chalk over his heart for a target.