Archimandrite Sophrony on Psychology: The Background 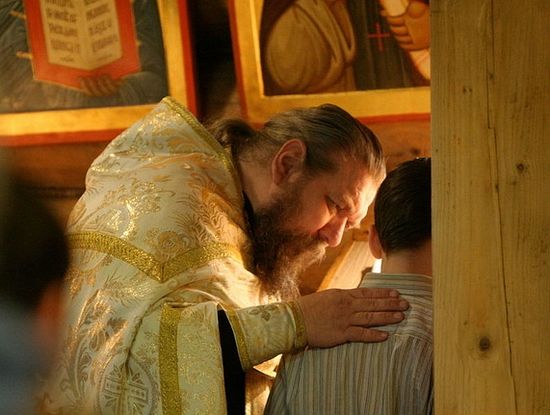 After the last post I received some critique in the form of personal correspondence from a few friends. That is, what was published was perceived as harsh towards the field of psychology and there was a concern that it could deter people from receiving healing. This has motivated me to make some comments and give some background.

In the last article I put forward the words of Fr. Sophrony and made a point of trying to say nothing myself. I thought: “Who am I to critique a comment of Fr. Sophrony? I should only let him speak.” This was a mistake, because the quotations present a partial picture which lacked a background. The quotes listed in the last post were originally published by Metropolitan Hierotheos of Nafpaktos. It certainly appears that these were quotes from personal conversations with the Elder when he was a young hieromonk. When the Metropolitan published them in his book, they were already taken out of original context once, and then when I republished them again, they were removed another step from that original context. So now allow me to give some background, and expand on my brief comments in the first post on this subject.

It is sad to see the growing trust in Psychology in the Church. By virtue of my interactions within the Church it seems quite apparent that among a good number of our clergy, psychology is the prime source of pastoral counseling while the ascetic tradition of the Church is secondary, and by some it may even be overlooked. In our seminaries one of the subjects taught is pastoral theology. However, a desirable qualification to teach this subject is a degree in psychology; and it is not unknown to have a non-clergy psychologist teaching pastoral theology to our future priests.

The healing offered by psychology can help abnormal people function in this world. They achieve success in this, but our world is abnormal, it is fallen, we await redemption. However, in the Orthodox ascetic tradition, the healing of the soul is something much more, it is of much more grandeur. It is concerned with eternal life and is the process of deification—union with God.

Since Fr. Sophrony spoke of a differing anthropology in relation to these two disciplines, I would like to also comment on this. In his book, “Orthodox Spiritual Life, According to St. Silouan the Athonite” Harry Boosalis writes simply and clearly concerning Orthodox Anthropology. This will also further explain the Orthodox concept of deification and healing:

Orthodox anthropology teaches that man is created to participate in the life of God. This is the essential meaning of the Scriptural account of the creation of man, “And God said, Let us make man in our image, after our likeness… So God created man in his own image, in the image of God He created him…” (Gen. 1:26-7) (p. 27)

For Orthodox anthropology, the term “image” has a different meaning from the term “likeness”. “Image may be seen as the potential inherent in man for sanctification, while “likeness” refers to its perfection. Or in other words, one could say “image” implies “potentiality”, whereas “likeness” implies “actuality”. (Here Harry adds a footnote: Elder Sophrony alludes to this distinction between image and likeness, “When it is God’s good pleasure to unite with the human being, man perceives within himself the action of a Divine force which transfigures him and makes him no longer just potentially godlike—in the image of God—but actually godlike in likeness of being.” Saint Silouan the Athonite, p. 184) (p.29)

Man was not originally created in a state of completed perfection. He was, however, endowed with the unique freedom to choose either to live in pursuit of achieving his full potential, or else to digress toward the desecration and defacement of his true dignity as man. Only through the proper use of his God-given freedom can man cooperate with divine grace in restoring the image of God within him and attain to the likeness with God for which he was created…. (pp. 29-30)

According to Orthodox teaching, sanctification—which is also referred to as perfection, theosis or deification—is not to understood as a static state, where man maintains or preserves a particular high level of spiritual virtues. The human person is called to grow ceaselessly and progress continually into the likeness of God. Thus, perfection has no limits. It continuously advances, not only on earth, but also in the life to come. (p. 30)

Thus in Orthodoxy, anthropology, healing the soul, and deification are all inseparable. When, in the first post on this subject, I quoted Fr. Sophrony as saying, “The way for me is straight ahead” he speaks of the ascetic struggle which leads to what is said in the above quote from Harry’s footnote: “When it is God’s good pleasure to unite with the human being, man perceives within himself the action of a Divine force which transfigures him and makes him no longer just potentially godlike—in the image of God—but actually godlike in likeness of being.” If this is achieved, the soul is healed in a way that surpasses all the good that psychology has to offer.

I have attempted to give a little background to the last post. I hope this makes the comments of Fr. Sophrony more understandable and acceptable. Archimandrite Sophrony on Psychology
Igumen Gregory (Zaiens), Elder Sophrony (Sakharov)
Psychology helps those in the West, but it is a dreadful when the Orthodox learn psychology and substitute it for the neptic tradition of the Church. Self-control in Difficult Straits and the Transformational Power of Prayer

Self-control in Difficult Straits and the Transformational Power of Prayer
Hieromonk Alexis (Trader)
When we are tired, we become less aware of ourselves and what we are doing. When we are anxious, we are too worried about the future to be concerned with controlling ourselves in the present. When we are depressed, we are often so wrapped up in our past failures that present goals, such as self-control, seem pointless. Have You Lost Your Soul?
Fr. Stephen Freeman

Have You Lost Your Soul?
Fr. Stephen Freeman
The soul is our life and is the proper anchor of our existence. The consumer-self is ill-equipped for true existence. The loss of choices and its incipient narcissism plunge the consumer-self into despair. People in the modern world often shop in order to treat their depression.But the soul is our true life. It is only in the soul the the inherent suffering of the world makes sense. The consumer-self cannot bear suffering and supports every false hope that promises relief from suffering.
Comments

I will not profess to be an expert but based on much reading and investigation into the field of psychology I view Fr Sophrony's comment right on the mark, certainly not harsh. If only more would follow his sense of reason. The methods derived from psychoanalytic studies are good, but their theories from Freud, Adler and Jung are atrocious and disasterous, so I kiss Fr Sophrony's hand (prayers be with us) see through all the rubbish. It wasn't only until say Carp, Tounier, etc, who combatted these dangerous saying you cannot eliminate God from psychology, which is what the West still holds and teaches at Universities.

Father bless! Thank you for both articles. I thought they were very interesting.