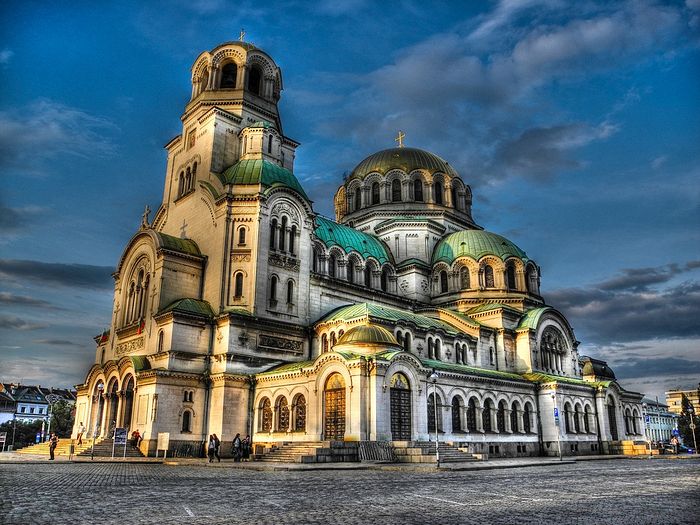 At a full session meeting on 11.15.2016, protocol № 22, the Holy Synod reviewed the text “Relations of the Orthodox Church with the Rest of the Christian World,” adopted at the Council on Crete, Greece in June of this year, and adopted the following declaration:

The Council of Crete voted and accepted six pre-conciliar documents with the known changes, as well as its “Encyclical” and “Message.” Thirty-three of the bishops participating in the council did not sign the document “Relations of the Orthodox Church with the Rest of the Christian World,” and a few of the Orthodox hierarchs who did not sign (including authoritative Orthodox theologians) have issued public explanations of their position.

In his letter, protocol № 798/07.14.2016 (Synodal Chancellery incoming number 498/09.20.2016), His Holiness the Ecumenical Patriarch Bartholomew sent to the Holy Synod of the Bulgarian Orthodox Church the voted upon and adopted Council documents. After a specialized translation, carried out by a translator authorized for this purpose, the diocesan metropolitans received the given documents.

The first important conclusion is that in comparison with their pre-conciliar versions, the documents voted upon and adopted by the Crete Council have undergone certain, but insignificant changes, insufficient for their pan-Orthodox acceptance.

I. On the document “Relations of the Orthodox Church with the Rest of the Christian World”

1. Regarding paragraph 4 of the text, we can say that the Orthodox Church has always understood “the unity of all” as union or return to its fold through Holy Baptism, Holy Chrismation, and Repentance for all those lost in the elements of this world and fallen away from it into heresy and schism, in accordance with the canonical rules of the Church. The One, Holy, Catholic and Apostolic Church never lost its unity in faith and communion in the Holy Spirit and cannot accept assertions of the “restoration of unity” with “other Christians,” inasmuch as the given unity exists invariably in the Body of Christ, and this unity itself and uniqueness are the essential definitions of the Church.

Likewise, the Orthodox Church cannot embrace the various concepts and teachings on the basis of which the heterodox substantiate this union. These are the theories of the existence of some kind of illusory “unity” of all Christian denominations, as, for example, the teaching of the “invisible Church,” “the Branch Theory,” “Baptismal theology” or the “equality of denominations.” All of these theories can be connected with the scholastic teaching of the created grace of the Holy Spirit, which the Holy Church has synodically condemned. If such teachings are adopted, then the presence of the grace of God in the various Christian denominations can be justified, differing in various denominations both quantitatively and qualitatively.

According to this heterodox theory it is assumed that as far as liturgical actions are celebrated in one Christian community, so far can they invoke, by various means, a blessed life, which varies depending on the conditions of each denomination. This theological theory asserts that liturgical actions can provide access to salvation for Christians of the respective communities to which they belong. In light of this supposed presence of grace in all Christian denominations, it would follow that we should make joint efforts to achieve the fullness of unity in Christ (cf. the Decree on Ecumenism of the Second Vatican Council).

2. With regards to the search for the “lost unity of all Christians” expressed and asserted in paragraph 5, we deem this unacceptable and inadmissible, inasmuch as the Orthodox Church never lost its internal unity despite heresies and schisms which represent a breaking away from the Body of the Church, by which the Body does not lose its initial ontological integrity, which consists in the ontological indivisibility of Christ’s Hypostasis.

3. In paragraphs 6, 16, and 20 is recognized the “historical designation” of “other, not in communion with us, heterodox Christian churches and confessions,” despite that paragraph 1 asserts otherwise, namely, that no heretical or schismatic community can be called “Church.” The presence of a multitude of churches is unacceptable, according to the dogmas and canons of the Orthodox Church. Moreover, the first paragraph is adopted on the basis of paragraph 2: “The Orthodox Church founds the unity of the Church on the fact of her establishment by our Lord Jesus Christ, and on communion in the Holy Trinity and in the sacraments. This unity is expressed through apostolic succession and the Patristic Tradition and is lived out in the Church up to the present day.”

The addition of the expression “historical designation” and the clarification that the heterodox confessions are not in communion with the Orthodox Church does not change the problematic nature and fallibility of the given text. In the passage, specified in paragraph 6, incomparable realities are compared. Can it really be that the designation “Orthodox” related to the One, Holy, Catholic, and Apostolic Church, the historically affirmed title, can be diminished in reality and importance? Any proper name arising in history reflects the particular essence, the existing reality. Otherwise it is a concept with no real meaning, just some kind of name without a real object which it would express and reflect. Such a name without a real object is a fiction.

In this case, it should be noted in the conciliar document that the “historical designation” of “churches,” referring to those communities fallen away from the Orthodox Church, is a fictitious designation, without any real referent in reality. If we don’t make this qualification, then the historical designation “heterodox churches” will have its real historical referent to which it relates. That is, we will acknowledge a real existence of other churches, differing from the Orthodox, which clearly contradicts paragraph 1 and the beginning words of paragraph 6 of this document (The Church is the One and Only).

4. The statement expressed in paragraph 12, that “in the theological dialogues the common goal of all is the ultimate restoration of unity in true faith and love,” is too simplistic and does not adequately express the dimensions of the process. Unity presupposes unity of faith, mind, and action on all the dogmatic definitions and Church rules approved by the Ecumenical Councils, and also in regards to liturgical tradition and the mysteriological life in the Holy Spirit. The means of achieving this unity lies in repentance, confession of the Orthodox faith, and Baptism.

5. In paragraph 20 it is specified that “The prospects for conducting theological dialogues between the Orthodox Church and the rest of the Christian world are always determined on the basis of the canonical principles of Orthodox ecclesiology and the canonical criteria of the already established Church Tradition,” but more precise would be to replace the expression “established Church Tradition” with “the Tradition of the Orthodox Church.”

6. The overall impression of this document is that it contains many double-minded expressions and ecclesiological terminological discrepancies. It is also important that the fundamental purpose of the ongoing theological dialogues with heterodox confessions, which is the return of the heterodox to the Orthodox Church by canonical order, is not soundly and adequately expressed in it, and also that the main foundations and principles of these dialogues are not clearly formulated in accordance with this purpose. Instead, in paragraph 16 and following, the non-governmental organization of the “World Council of Churches” which, thank God, the Bulgarian Orthodox Church left long ago, is legitimized.

7. Contrary to the main purpose, which we indicated above in paragraph 6, the document (paragraphs 9-15) very consistently and exhaustively regulates the methodology for conducting the various dialogues.

8. Paragraph 22 clearly lays down the premise of the infallibility of the Crete Council and of a non-critical attitude towards it, inasmuch as the given paragraph states that “the preservation of the true Orthodox faith is ensured only through the conciliar system, which has always represented the highest authority in the Church on matters of faith and canonical decrees.” But it would be possible to show whole periods of Church history demonstrating that the final criterion for approving the Ecumenical Councils is the vigilant dogmatic conscience of the entire Orthodox plenitude. The system of the Ecumenical and Pan-Orthodox Councils does not automatically or mechanically guarantee the veracity of the faith professed by Orthodox Christians.

The Council on the island of Crete is neither Great, nor Holy, nor Pan-Orthodox.

1. This is due to the non-participation in it of a number of Local autocephalous Churches, as well as the accepted organizational and theological mistakes. Despite this, we respect and value the efforts of all the organizers and participants in it.

2. Careful study of the documents adopted at the Crete Council leads us to the conclusion that some of them contain discrepancies with Orthodox Church teaching, with the dogmatic and canonical Tradition of the Church, and with the spirit and letter of the Ecumenical and Local Councils.

3. The documents adopted on Crete are to be subject to further theological consideration for the purpose of amending, editing and correcting, or replacing with other (new documents) in the spirit and Tradition of the Church.

The Bulgarian Orthodox Church is an integral part, a living member of the One, Holy, Catholic, and Apostolic Church. As part of the Body of Christ, as the Body itself on the local territory of Bulgaria and the Bulgarian dioceses abroad, the Bulgarian Orthodox Church will continue to abide in brotherly eucharistic, spiritual, dogmatic, and canonical communion with all the remaining Local Orthodox Churches, both those that participated in the Council on Crete and those that did not. The Church is not a secular organization, but a Divine-human organism. It is not and should not be subject in its conciliar life to the influence of political and secular interests arising from their divisions. Its Head is the Lord Jesus Christ Himself, Who is the Way, the Truth, and the Life.

The principles of autocephaly and catholicitiy of Church life are not only not contradictory, but mutually complementary, stemming from one another and found within one another in full unity. Peter Sandle12/10/2016 12:05 am
Amen! The Church in Bulgaria has pronounced the truth regarding the Cretan synod.