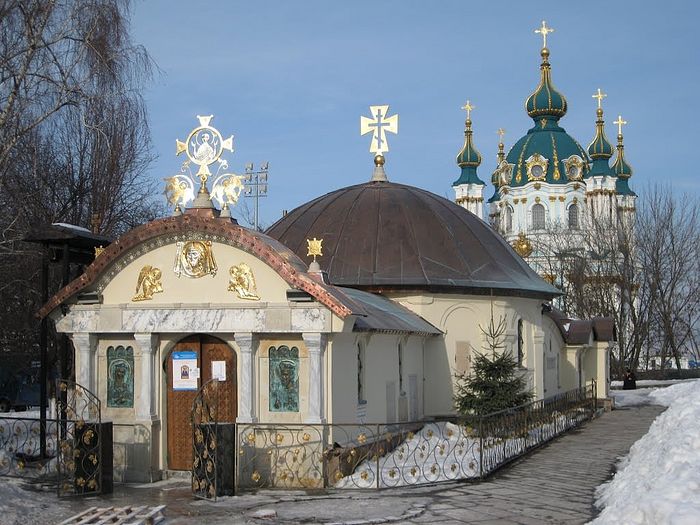 Representatives of the nationalistic terrorist group C-14 attacked the Monastery “of the Tithes” in Kiev yesterday. In two incidents, they vandalized and set fire to monastery property and abused those who tried to stop them, reports the site of the Ukrainian Orthodox Church.

Attacks on the monastery had been publicly encouraged at an anti-Orthodox press conference on Monday.

During the arrest, the criminals were extremely aggressive and abusive against clergy of the Ukrainian Orthodox Church, accusing them of being KGB and FSB agents, and telling them there is no place for them in Ukraine.

Criminal proceedings have been opened by the local investigative department. The criminals could face up to 15 years imprisonment. 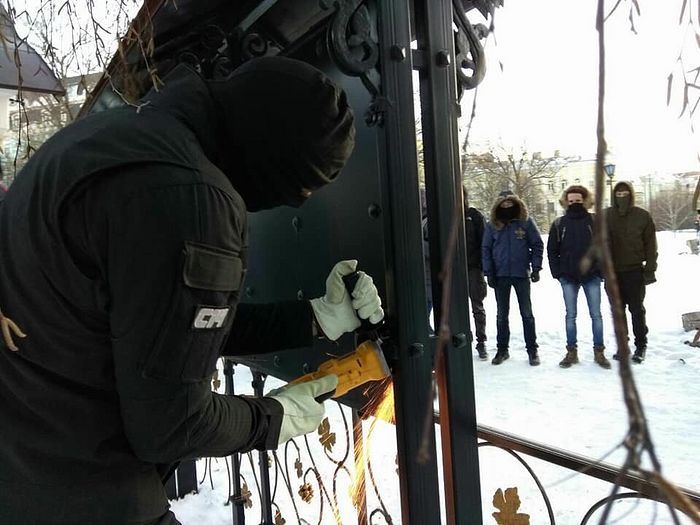 Later, in the afternoon, radicals from the groups C-14, Tradition and Order, and Falcon made a second attack on the monastery. The thugs, some of whom had covered their faces with masks, cut the metal structure around the monastery’s and posted cards on the monastery walls with misinformation about the Ukrainian Orthodox Church. Several passers-by noticed the vandalism underway and protested, to which the radicals responded with verbal abuse. 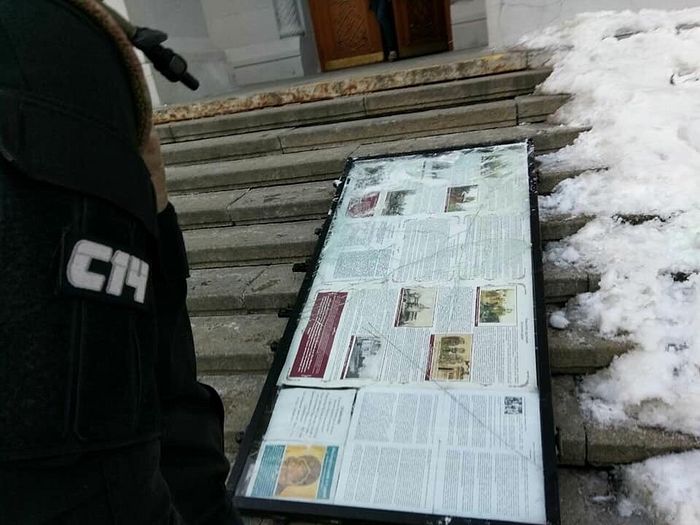 The right-wing radicals left the monastery when the state security service arrived on the scene. 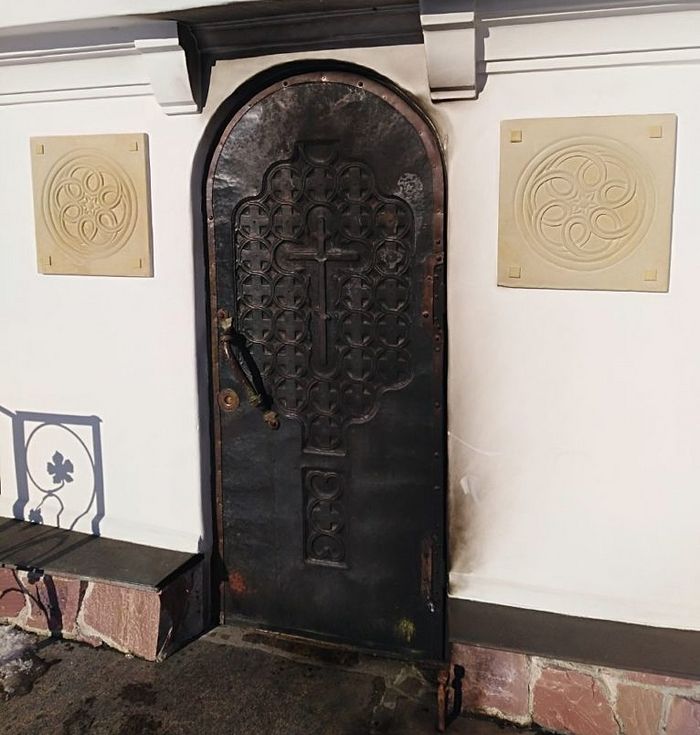 The Ukrinform news agency held a press conference on Monday, in which the participants used misinformation to further inflame enmity and aggression against the canonical Ukrainian Orthodox Church. In particular, the speakers called for the destruction of the Tithes Church. They also called for a new national religion in Ukraine that would have no similarity to Orthodoxy.

These are merely the latest incidents in a continuous string of attacks against the churches and God-fearing clergy and laity of the Ukrainian Orthodox Church.

On the second day of the Nativity, January 8, on the eve of the evening services, about thirty men in balaclavas and masks from the radical right organization C-14 blocked the entrance to the territory of the Holy Dormition Kiev-Caves Lavra. Shouting political slogans and lighting fireworks, they demanded a meeting with the abbot of the Lavra, Metropolitan Pavel (Lebed). His Eminence came out to the angry crowd of extremists and calmly began a discussion with them. A little while later a group of seminarians arrived on the scene to help out the Metropolitan. In answer to the outrage, the seminarians prayed and sang Christmas songs. Apparently the radicals could see that they that they were getting nowhere and couldn’t handle the peaceful, prayerful mood of the Orthodox, so they left the Lavra, threatening to return.

Beverly Demchik Gundrum1/27/2018 2:27 pm
Evil is strong all over. We must be stronger through prayers to our Lord Jesus. We must stand together in God's love to turn aside their hatred.
×