Mosul under control of Caliphate: killing, violence and destruction of churches 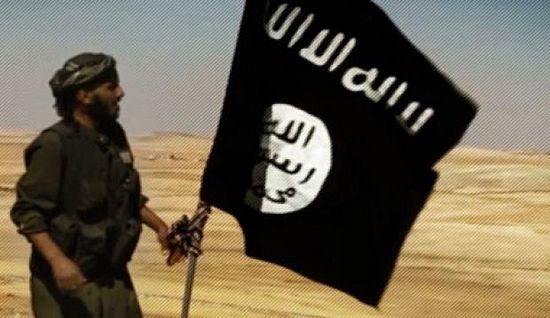 A wave of killings and violence has swept the Iraqi city of Mosul after “The Islamic state of Iraq and the Levant” militants seized the Nineveh province. The punitive actions of the takfirists were caused by refusal of some Christians of the city to submit to the new laws, introduced by the extremists, reports the Linga news website with the reference to the Syrian News Agency.

Specifically, there are media reports of cases of Christians being forced to pay jizyah – a tax levied per capita on some categories of subjects for refusal to embrace Islam. In case of a refusal extremists rape women in the presence of their nearest relations. Thus, the father of one family in Mosul who did not have the required sum witnessed such an act of violence against his wife and daughter and later committed suicide.

The news agencies also report four cases of murder by the ISIS militants of women in Mosul who refused to wear hijab on religious grounds.

Moreover, the Syro-Chaldean Archbishop of Mosul confirmed the destruction by militants of “The Islamic state of Iraq and the Levant” terrorist organization of a number of Christian shrines of the city, reports the Salam1 portal. 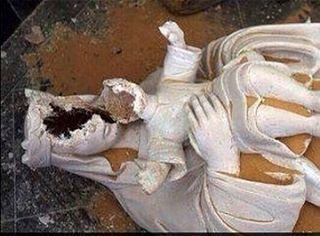 In his interview with the journalists, Archbishop Mar Youhana Boutros Moshe has described the ongoing situation in Mosul, beleaguered by the extremists-takfirists. Some shrines have been desecrated: “The statue of the Holy Virgin Mary, holding Christ the Child on Her knees, that had stood in the porch of Al-Tahira (“the Pure”) Chaldean Church, was broken by the ISIS gunmen”.

It should be reminded that early in June militants of “The Islamic state of Iraq and the Levant” extremist islamist group seized the city of Mosul in the Nineveh province, immediately introducing there special orders to persecute Christians and Jews living in the city.

The establishment of a caliphate on the seized territories was announced as well. 5 assyrians, including two nuns, missing in Mosul
Two Chaldean nuns from the Daughters of Mary Order, Sister Miskintah and Sister Utoor Joseph, as well as Hala Salim, Sarah Khoshaba and Aram Sabah have not been heard from for nearly two days. Christians from Mosul seek refuge in ancient monastery in Iraq

Christians from Mosul seek refuge in ancient monastery in Iraq
Perched on a rocky, sand-colored mountain dotted with green shrubs and ancient caves, the Monastery of St. Matthew was a sanctuary for some of the earliest Christians.With the fall of nearby Mosul to Islamic extremists, its thick 4th-century walls again are a refuge. Mosul and Nineveh - ISIS militants violently persecuting Christians
Today this ancient land, the birthplace of thousands of Christians of different denominations, has become an eyewitness of the new turn of persecutions against its sons.

Thousands of Christians Flee as ISIS Militants Burn, Loot Churches in Captured Iraqi City
Christians in Mosul city in northern Iraq are fleeing en masse with others, as militants from the Islamic State of Iraq and Syria, who captured the city last week, are now looting and burning churches and forcing all women to wear the Islamic veil.
Comments

We are horrified by the images on television. We wish the U. S. would provide more aid and military support to stop the brutality and murders.

The Christians of the world are praying,

May God come to your aid and stop this genocide.