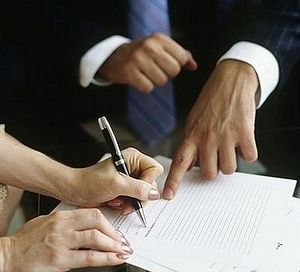 Employees of the Volyn regional clinical hospital, in the city of Lutsk, Ukraine, were recently forced to sign a document “For one Local Church,” as reported to Raskolam.net, a site that monitors the activity of schismatics in Ukraine.

The pressure was initiated by Michael Zinkevich, administrator of the Volyn Diocese of the schismatic “Kiev Patriarchate,” and Sidor Ivan Nikolaevich, hospital chairman.

“This event was extremely angering to hospital employees, as among them there are not a few people of different confessions and religions, but the signature collection was ‘voluntarily-compulsory,’” said the hospital source. Additionally, the “Kiev Patriarchate” has opened an entire parish in the hospital in the past year while clergy of other religious organizations have been faced with limited access to the institution.

Philaret Denisenko’s “Kiev Patriarchate” has repeatedly resorted to such measures to promote its interests, seek recognition as an authentic Orthodox Church, and form one Ukrainian Orthodox Church under its control. The body is currently recognized by no one in the Orthodox world, as there already exists a Ukrainian Church under the Moscow Patriarchate, which Ukrainian schismatic bodies reject on nationalistic grounds. In particular, schismatic representatives recently demanded that clergy of the true Ukrainian Church be forbidden to conduct pastoral care in the Ukrainian military.