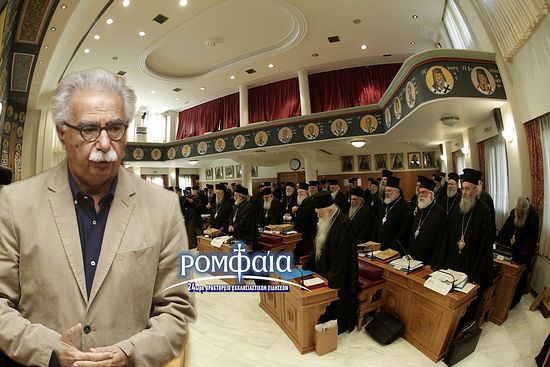 As previously reported, a recent directive of the Greek Ministry of Education has introduced a week of sexual education studies in all public schools, aimed at “eradicat[ing] sexual prejudice” and “homophobia and transphobia” through discussions on sexual behavior and relations, including in adolescents, analyses of phallic symbols, discussions of sexual identity and gender, and of abusive words the children hear or find in the media. Needless to say, the leftist program has evoked outrage from Greek Orthodox parents and several members of the Church’s hierarchy (see here and here).

In response, Minister of Education Konstantinos Gavroglou has clarified that the “thematic week” is mandatory, calling on Greek bishops to support the “transgender” courses, saying, “The hierarchy has the wisdom to understand the circulars” on the matter.

“We hope it will be an extremely productive week at all level,” the minister stated. “It definitely will be so for parents. I think this week really will take us all a step ahead,” he continued, according to Romfea.

Gavroglou emphasized that the week is dedicated to issues of diet, addiction, relations between sexes, and gender equality. The outcry, he believes, is based on a misunderstanding.

“I think the hierarchy has the wisdom to understand the circulars and clarifications, and especially to support this thematic week and the diverse framework in which other questions will be discussed,” the ministry head stated.

Greek Church comes out against cancellation of morning prayers in school
Orthodoxy is the state religion in Greece; ninety-eight percent of its citizens belong to the Greek Orthodox Church. At the same time, the constitution guarantees freedom of religion for all citizens.