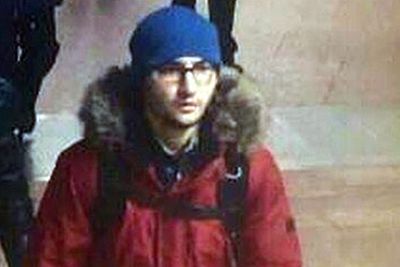 Monday’s explosion in the St. Petersburg metro was carried out by a supporter of the “Islamic State” terrorist organization, says the director of the World Russian People’s Center human rights center and expert on Islam Roman Silantyev.

According to the relevant investigative committee, the perpetrator of the terrorist act, Akbarzhon Dzhalilov, was born in Kyrgyzstan in 1995. He initially left a small bomb at the Vosstaniya Square Station, then blew himself up in a train. “Most likely, it was a representative of ISIS… Nearly all terrorist acts with casualties occur through this organization,” Silyantev told RIA-Novosti.

Dzhalilov moved to St. Petersburg after middle school in Kyrgyzstan. After college he began helping his father in his auto repair shop. He returned to Kyrgyzstan for a month in February of this year, “and came back a completely different person. He became taciturn and withdrawn. Law enforcement agencies believe A. Dzhalilov was recruited by extremists,” a source told Interfax-Religion.

He came to the police’s attention after returning to St. Petersburg, though only for the minor offense of not paying traffic tickets. The interviewee noted that Dzhalilov’s father returned to Kyrgyzstan not too long ago, leaving his son in Russia. “Maybe the fact that he was left alone in Russia made him vulnerable, to be influenced by recruiters, but no one really knows. He had always been a very docile and sympathetic person,” he continued.

As Dzhalilov was a Russian citizen, Silyantev does not recommend tightening control of immigration. “I do not support the conversations about closing the borders. You can find a terrorist within Russia itself without any problem,” he underlined. He noted that Russian special services are overall very effective, having stopped forty terrorist attacks last year, and sixteen already this year. However, there are always gaps in security, and it is impossible to fully protect certain objects, such as the subway.

“Terrorist attempts happen about once a week. We have only to rejoice that we lived more than three years in peace after Volgograd. We were lucky,” Silyantev believes.

A bomb exploded on the St. Petersburg metro on Monday, between the Sennaya Square and Technological Institute stations. Another bomb was found and defused at Vosstaniya Square Station. According to the latest data, the explosion has claimed fourteen lives, and left forty-five injured. St. Petersburg Diocese will pray for metro victims for forty days
According to the order of the bishop, all churches will add to litanies the petition, “Again we pray for the repose of all the souls of the departed servants of God, and of the innocent victims of the terrorist act, for the remission of all their every transgression, whether voluntary or involuntary.”