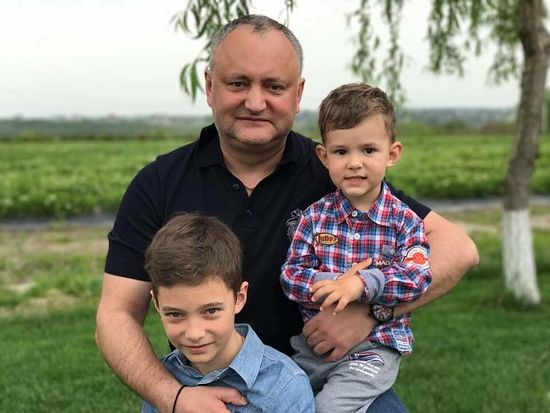 Moldovan president Igor Dodon has spoken out against holding a pro-LGBT march in the capital city of Chișinău, reports Interfax-Religion.

“I am expressing my categorical position against holding an LGBT march. I informed the extraordinary and plenipotentiary U.S. ambassador to Moldova James Pettit that it is not only my personal position, but the position of the vast majority of Moldovan citizens. I very clearly stressed that such actions contradict our traditional values, Orthodox faith, and morals. They cannot be, and will be accepted neither by me personally nor by society as a whole,” Dodon wrote on his Facebook page.

Instead, he reports, they have decided to organize a number of activities to support and promote traditional family values, which will begin on Sunday in Chișinău.

Events are being held this week as part of the 16th LGBT festival “Moldova Pride 2017.” U.S. Ambassador John Pettit and representatives of the Swedish and Dutch embassies were present at the LGBT opening ceremonies.

In February, President Dodon turned down an invitation from Amnesty International to take part in the LGBT march. The organization argued that his participation “would prove that he wants to be president of all.” Press secretary Igor Cheban responded that “Igor Dodon was and remains the president for all people in the Republic of Moldova and intends to further participate in events common to all citizens of the nation. During this march, of which the representatives of this organization spoke about, there will, as last year, be a number of events organized in support of the traditional family, which the president of the country will certainly take part in.”

President of Moldova rejects invitation to participate in LGBT march
In response to the invitation, President Dodon is instead “initiating events in defense of traditional values.”

The Concepts of “Mother” and “Father” abolished in Moldova
As stated in the bill, the existing wording “mother (father)” is replaced by the wording “one of the parents.”
Comments