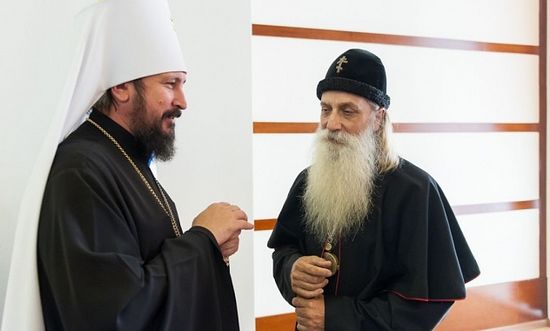 It is necessary to overcome the 17th century Old Believer schism in the Russian Orthodox Church, although it will not happen anytime soon, believes Metropolitan Hilarion (Alfeyev), head of the Synodal Department for External Church Relations, reports Interfax-Religion.

Met. Hilarion also serves as Chairman of the Commission on Old Believer parishes and cooperation with the Old Believer community.

“The Church has always said that the split which occurred in the 17th century is not something we should reconcile ourselves to, but that we should endeavor to overcome this split,” the metropolitan said on Thursday at a presentation of his new book on the parables of Christ.

However, he expressed his regret that currently the Churches are “still far enough apart that concretely working on overcoming the division in the Orthodox Church faithful of our Fatherland.” He did note that, despite the ongoing schism, he has a good relationship with the head of the Old Believers Church, Metropolitan Cornelius, with whom he regularly meets.

On Wednesday, May 31, President Vladimir Putin became the first head of state to visit the Old Believers, when he arrived at the “Strength of Spirit and Fidelity to Tradition” exhibition at the Old Believers’ Rogozhskaya Spiritual Center in Moscow, reports RIA-Novosti.

Met. Hilarion noted that the president’s visit was connected with Met. Cornelius’ 70th birthday, and the upcoming celebrations of the 400th anniversary of the birth of the Old Believer spiritual leader Avvakum.

The Old Believer hierarch showed the president their ancient, pre-Nikonian icons, the oldest of which dates back to the fourteenth century, and a reliquary with the relics of many saints. After that, the president and the bishop enjoyed the singing of an Old Ritualist choir. Walking about the territory of the spiritual center, Met. Cornelius told President Putin about the history of the temples on the grounds and their architectural appearance. Alan6/5/2017 1:29 am
As this article suggests the Old Believers have been the object of discrimination and derision for centuries. It is time for people like Met. HIlarion to extend the hand of understanding and friendship to this holy minority.
×