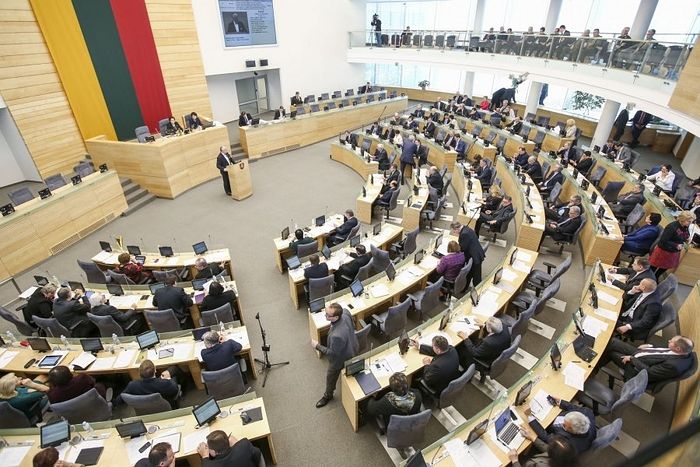 The vote on the bill had been delayed for at least half a year, until June 15. 29 parliamentarians voted in favor of amending the civil code, 59 against, and 20 abstained. Abstaining is essentially the same as voting against a bill in the first stage of legislation, write LifeSiteNews, as the bill needs a majority of votes in favor in order to pass. The draft law was wholly rejected, with 64 members of the Seimas voting against returning the bill for revision.

Such bills have repeatedly come before the Lithuanian legislators, but have been repeatedly defeated. The proposal was supported by 9 conservatives, 9 social democrats, 8 liberals and 3 non-attached members this time around. No member from the factions of ruling Farmers and Greens Union, Order and Justice, and Electoral Action of Poles in Lithuania supported the proposal for partnerships.

“According to polls, more than 80 percent of Lithuanians are clearly against any form of same-sex partnership and the number exceeds 90 percent among the voters of the ruling Farmers and Greens party,” said Vilnius University political scientist Vytautas Sinica. “It has become a bad habit in Lithuania to vote not according to the will of the majority of the people and moral principles, but to please liberal media and Brussels bureaucrats. National consensus on moral issues is tried to be breached… This landslide decision, decided mostly by the ruling party votes, is not that big in effect, but seems an inspiring turn of events for the traditional voters in Lithuania.”

Conversely, “Recognition of the legal status of both different-sex and same-sex couples would send a clear signal that we are a modern Western country and we do not classify our citizens. We need to respect the dignity of Lithuanian citizens and acknowledge with their legitimate expectations,” stressed one of the bill’s supporters MP Viktorija Čmilytė-Nielsen during the parliamentary hearing.

The Lithuanian legislative house also recently voted in favor of the Agreement of Cohabitation Act, according to which cohabiting persons who are not intending to get married and do not have shared offspring are not to be considered a family. However, in related issues, two Lithuanian transgender men have won the right to legal gender recognition. “On 7th April, 2017 the Vilnius City District Court obliged the Vilnius Civil Registry to change personal identification documents by applicant M.V. with the view of obtaining legal gender recognition without undergoing the compulsory gender reassignment surgery. On 2nd May, 2017 the same Court ruled that the Vilnius Civil Registry should change the gender marker and personal identification number for the applicant T. K.,” according to the LGL LGBT rights organization.

Lithuania is one of several other European countries that have as yet resisted recognizing any form of homosexual unions. Marriage is defined solely as the union between a man and woman in the constitutions of Armenia, Belarus, Bulgaria, Croatia, Hungary, Latvia, Lithuania, Moldova, Montenegro, Poland, Serbia, Slovakia, and Ukraine, although Croatia and Hungary do recognize same-sex partnerships.