Educational center of St. Innocent opens in his home village 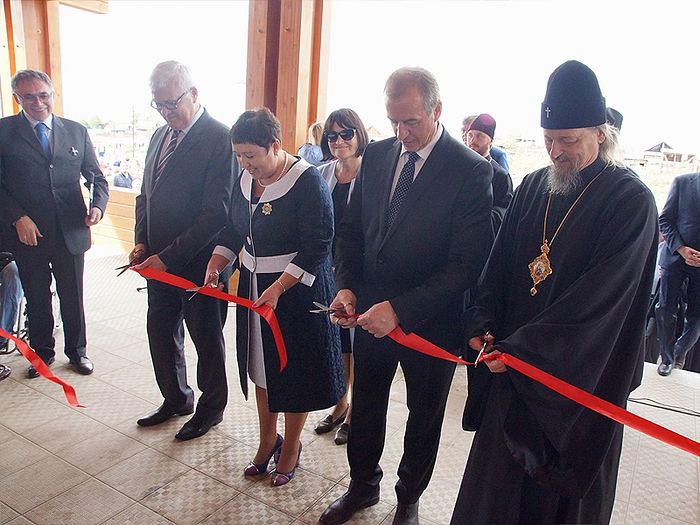 Unique archives on the life of St. Innocent, the apostle to America, were presented in his home village on Friday, with the festive opening of an educational center in his honor. The opening of the center comes as part of the celebrations for the 220th anniversary of the saint’s birth and the 40th anniversary of his canonization, reports RIA-Novosti.

“Materials on the life and missionary activities of the holy hierarch Innocent have been placed in five halls with a total area of 1076 sq. ft. In the ‘House of the Saint’ memorial zone and in the chapel in the cemetery, visitors will hear about the saint’s ancestry. During the days of the opening of the cultural-educational center there will be an exhibition of paintings of artist of Siberia and the Far East in the exhibition room … dedicated to St. Innocent,” reads a message concerning the center’s opening.

The center includes the house in which St. Innocent spent his childhood, a chapel erected on the foundation of the church which stood in his lifetime in the village, the new St. Innocent Church with a library and Sunday school for children and adults, the spiritual-educational center, and a hotel for up to 35 pilgrims.

Clergy of the various regions of Siberia and the Far East also consecrated the rebuilt Church of St. Innocent. The consecration and Divine Liturgy was headed by Metropolitan Vadim of Irkutsk and Angarsk, Metropolitan John of Belgorod and Staroopolsk, Archbishop Roman of Yakutsk and Lensk, Bishop Maximilian of Bratsk and Ust-Ilimsk, and Bishop Alexei of Sayan and Nizhneudinsk, reports the site of the Irkutsk Diocese. 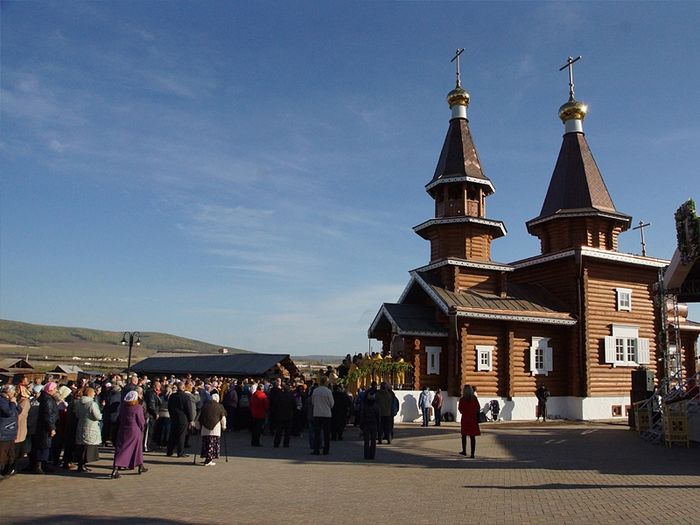 The patriarchal message on the occasion of the 220th anniversary of the birth of St. Innocent was read out following the Divine Liturgy.

The festivities concluded with an ethno-cultural festival of folk dancing, in which participated folk groups of indigenous peoples of the Irkutsk Province and those regions where St. Innocent conducted his missionary work.

“The decision was made four years ago to create this complex and to celebrate the 220th anniversary of St. Innocent here, but in fact, the work on creating the center was done just in the past few years: We did more in the previous nine months than in all the preceding years. We honor our fellow countrymen who were born in Siberia, and we are trying to preserve their memory and therefore we built this center that all following generations would know who their countrymen are,” stated Irkutsk Province governor Sergei Levchenko at the opening of the center.

More than 7,000 people participated in the day’s events, honoring the great apostle to Siberia and America.

St. Innocent was the first Orthodox bishop of Kamchatka, Yakutia, Priamurye, and North America. He created the alphabet for the Aleutian language. He was elected as the metropolitan of Moscow in 1868. He was canonized as the Apostle of Siberia and America in 1977. Film on St. Innocent of Alaska finishing work in Irkutsk
St. Innocent was the first Orthodox bishop of Kamchatka, Yakutia, Priamurye, and North America. He created the alphabet for the Aleutian language. He was elected as the metropolitan of Moscow in 1868. He was canonized as the Apostle of Siberia and America in 1977.

St. Innocent of Alaska, Metropolitan of Moscow
Commemorated September 23/October 6 (glorification) and March 31/April 13 (repose)
He built a church with his own hands, traveled to remote areas by kayak, dog sled, even reindeer. He learned six dialects of the native language and developed the first written alphabet for the native Aleuts. He translated the Bible and other sacred books into their language. Years later, he also translated scriptural books into other Alaskan native languages.
Comments
×