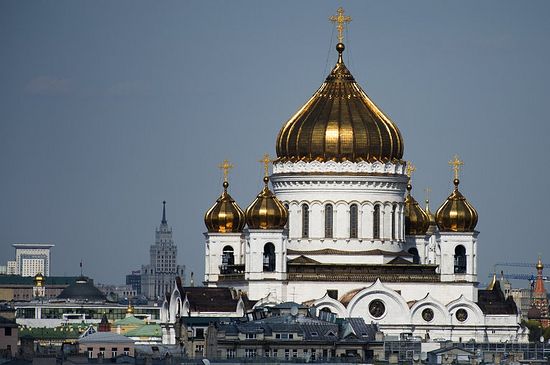 Operational services staff began an inspection of every room in Christ the Savior Cathedral in central Moscow after an anonymous bomb threat call was received yesterday, a source in the city’s emergency services reported to RIA-Novosti.

“A call came in with a bomb threat to Christ the Savior Cathedral at the address 15 Volkhonka Street,” the source stated. According to him, the inspection was carried out without an evacuation.

The Council of Bishops of the Russian Orthodox Church began its work yesterday, gathering hundreds of bishops of the Russian Church to Christ the Savior Cathedral from throughout the world. The council will meet through Saturday. The Council opened with a Divine Liturgy and moleben celebrated before the relics of St. Tikhon of Moscow which were transferred especially for the Council from Donskoy Monastery.

A fake bomb threat was called into Sretensky Monastery on Monday as well, where the conference “On the Murder of the Royal Family: New Evaluations and Materials. Discussion” was underway, with the participation of His Holiness Patriarch Kirill.

There has been a wave of bomb threats throughout Russia, mainly in Moscow, over the last months, which have seen more than 2.3 million people evacuated. None of the threats thus far have proven to be real. Russian Council of Bishops will discuss Council of Crete
Among the topics to be discussed by the hierarchs of the Russian Orthodox Church who are meeting in Moscow beginning today is the documents of the council held on the island of Crete in the summer of 2016.