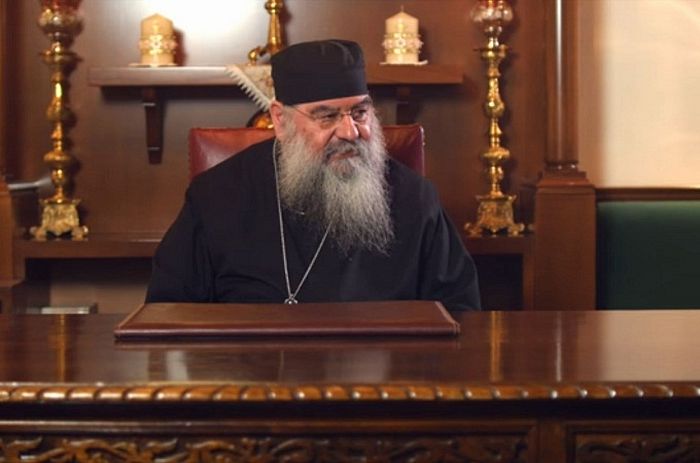 Met. Athanasios is renowned throughout the Orthodox world as a fervent defender of the Orthodox Church and faith.

“First and foremost, this question should be resolved by the Patriarch of Moscow, in whose jurisdiction the Ukrainian Church is located, then—the canonical Ukrainian Orthodox Church, and then all the Orthodox Churches under the chairmanship of the Ecumenical Patriarchate,” Met. Anathasios stated.

The metropolitan also addressed the question, “What relationship does the Ecumenical Church have to the Philaret schism in Ukraine? How can it be overcome?” nothing that St. John Chrysostom teaches that schism is one of the greatest sins, which even martyrdom cannot wipe out.

“We desire that our brothers who are in schism would return to the Church under the leadership of Metropolitan Onuphry—it is the sole canonical Church in Ukraine, having communion with the Moscow Patriarchate, and with all canonical Orthodox Churches… We pray for this,” Met. Athanasios emphasized.

Anthony1/13/2018 5:23 am
What a wonderful man Mitr. Lemesou, Athanasie is. If you haven't read it, I would strongly suggest reading The Mountain of Silence by Kyriakos Markides. The book centres on a conversation with ''Fr Maximos'' who is actually (spoiler alert!) none other than Mitr. Lemesou, Athanasie. For the blessed ones who speak and understand the Hellenic language, his homilies are available on Youtube and will really help you in your life. So many times, I have had a question about one thing or another, and I listen to his homilies. Next thing BOOM!. I have my answer. For those who do not know, Mitr. Lemesou is the spiritual son of Ayios Gerondas Paisios! You see, holiness begets holiness.
×