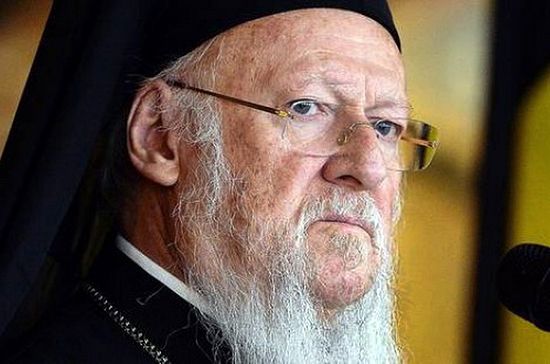 Both Ukrainian schismatics and governmental figures have repeatedly appealed to the Ecumenical Patriarchate to grant autocephaly to the schismatic “Kiev Patriarchate,” a nationalist confession which divides the Ukrainian people against themselves.

Just a few days after the December meeting with the representatives from the canonical Ukrainian Church, the head of another schismatic body operating in Ukraine, the “Ukrainian Autocephalous Orthodox Church” (UAOC), “Metropolitan” Makarios held a meeting with a representative of the Ecumenical Patriarchate, His Grace Bishop Ilarion (Rudyk) of Edmonton and the Western Eparchy of the Ukrainian Orthodox Church of Canada.

Relations between the Ecumenical Patriarchate and the Church of Greece have also been strained over the past few years after Constantinople opened a representation church in Athens without the knowledge or blessing of His Beatitude Archbishop Ieronymos of Athens and All Greece. Reading between the lines of the article “Enhancing the Role of the Ecumenical Patriarch”
Tamar Lomidze
Dennis Menos believes that “the Ecumenical Patriarch needs to be elevated to the rank of “head” of the Orthodox East, with authority to act and speak for the entire Church” and that His Holiness “will need to be freed of all responsibility for serving also as the Primate of the Church of Constantinople”. Hieromonk Mark2/5/2018 10:24 pm
Not only a shame, but also a sham: fake Russian flavoured 'Orthodoxy', pandering to renovationists, freemasons and modernists whose spiritual existence has nothing to with Russian Orthodox Tradition. The poison of the Phanar spreads. Be watchful and vigilant!

Isaac2/5/2018 7:17 pm
St John of Shanghai had the best assessment of the C'nople Patriarchate. Orthochristian should post it in its entirety.