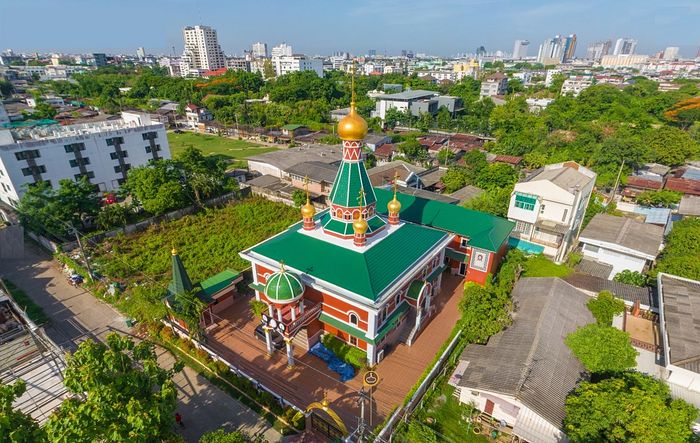 The Holy Synod decided to include 8 new parishes into the Thailand deanery of the Moscow Patriarchate:

The Church of St. Seraphim was recently consecrated by His Grace Bishop Anthony of Zvenigorod on December 10. The week before, two new books, a liturgical collection, and The Orthodox Church: History and Teachings by Bishop Alexander (Mileant), were published in the Thai language. The liturgical collection contains the order of services most often celebrated in Thailand parishes for Great Vespers, Festal Matins, the Hours, and the Divine Liturgy.

The representation of the Russian Orthodox Church in the Kingdom of Thailand was formed on December 27, 2011. The patriarchal deanery of parishes in Thailand was created by decision of the Holy Synod on October 21, 2016, and Archimandrite Oleg (Cherepanin) was appointed as dean. The Law of God for Thailand
In January, 2012, an almost three-year-long effort came to a successful conclusion. Protopriest Seraphim Slobodskoy’s The Law of God was translated into the Thai language. This was done by Priest Danai (Daniel) Vanna, the first Thai Orthodox priest, a graduate of St Petersburg Theological Seminary; Mrs Naparta Aphichataphong, former official translator of English for the Parliament of Thailand, now studying at SPTS; and Mr Yingsak Samsen, a specialist in the Russian language.
Comments
×