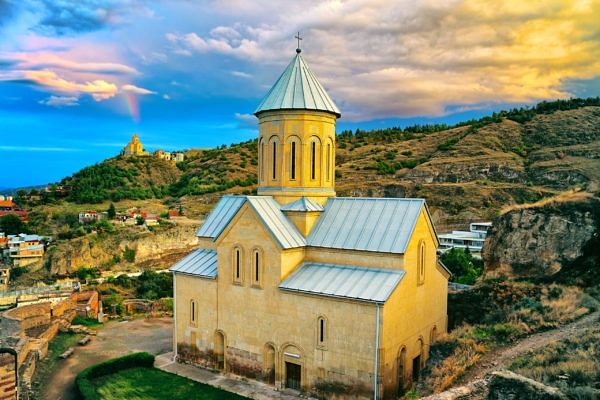 The Georgian Orthodox Church has come out with a statement about attempts to use the Church in political games, emphasizing that it is expecting a new wave of attacks from those who cannot accept the authority and popularity of the Church and of His Holiness Patriarch-Catholicos Ilia II and their traditional stances. The statement appears on the site of the Georgian Orthodox Church.

The vast majority of Georgians trust the Church and the patriarch. For example, an April 2015 National Democratic Institute poll showed that Pat. Ilia is the most trusted public figure in Georgia, with an 87% approval rating. A 2014 International Republican Institute showed that the Church itself was the most trusted and supported social institution in Georgia, with 94% of the vote.

The patriarchate stressed that intensified attempts to entangle the Church in political games are underway.

“It is unacceptable for them that the Church protects the foundations of the family, the territorial integrity of the country, and national and traditional values, and takes care for the proper education of the younger generation. It is unacceptable that the Church opposes the declaration of the LGBT lifestyle as normal, and protests the liberalization of drug policies and gambling propaganda,” the statement reads.

The statement goes on to note that the Georgian Orthodox Church has been a constant object of criticism lately from political parties and propagandistic non-governmental organizations.

“As is clear, the actions already carried out still did not bring the desired results, and that is why, according to our information, a new wave of discrediting is planned. We don’t rule out that the dirty campaign will be conducted in relation to the higher ranks, and clergy could be used for this,” the statement reads further.

It is also noted that the authority of the Church is undermined by last year’s criminal case of the attempted murder of Pat. Ilia’s secretary Shorena Tetruashvili that led to Archpriest George Mamaladze being sentenced to nine years in prison, though he continues to maintain his innocence. The patriarchate calls on the people of Georgia not to succumb to the slander, provocation, and “purposeful villainy.”

“The Orthodox Church of Georgia, by the grace of the Lord, will continue to serve God and the nation, and, despite the massive pressure, will never cease to care for the issues that are important for the country and people,” the patriarchate concludes, with confidence that such attacks will only make the Church yet stronger.