Tolstoy Excommunicated Himself, But Christians Have Compassion

To Patriarch Kirill of Moscow and All Russia 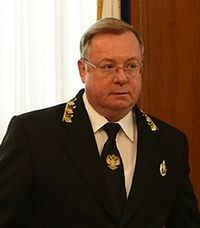 In this context, I would like to draw your attention to a question which disturbs many Russian citizens, including the Orthodox. This delicate theme is unavoidable on the eve of November 20, which marks the one hundred year anniversary of the death of the great Russian writer, Leo Nicholaevich Tolstoy.

Taking into consideration the particular sensitivity of this subject, as well as the Russian Orthodox Church’s inability to reconsider its decision to excommunicate Leo Tolstoy, I would ask you, Your Holiness, to show the compassion which precisely the Church can show towards this doubting person today, especially since Leo Tolstoy, as we know, was on his way to Optina Hermitage [when he died].

It is the Book Union’s opinion that Orthodox society, and society as a whole, would appreciate an explanation of the Church’s position on this matter, and a show of one or another form of compassionate feeling for this great writer on the eve of that sorrowful date.

I greatly count on Your Holiness’ wise decision on this very delicate question.

Allow me to express my heartfelt wish, Your Holiness, for further success in your much laboring service in bearing the holy Patriarchal cross.

To the President of the Russian Book Union 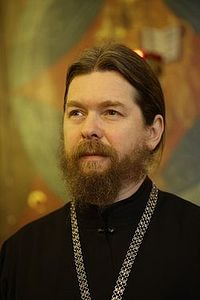 Archimandrite Tikhon (Shevkunov)
At the blessing of His Holiness Patriarch Kirill of Moscow and all Russia, I am answering your letter in which you, as the president of the Russian Book Union, on the eve of the centennial celebration of the day Leo Tolstoy died, have asked about the relationship of the Russian Orthodox Church toward this writer.

Throughout the history of Russian literature there has never been a more tragic personality than Lev Nicholaevich Tolstoy, the “great writer of the Russian land,” in the words of Ivan Turgenev. His literary works reach the heights not only of Russian, but world literature. Therefore, the pain and perplexity of many people who respect his works are understandable; these include Orthodox Christians, for whom the reason for the decision on February 20, 1901 by the Holy Governing Synod to excommunicate him may still be unclear.

The Holy Synod simply cited by its decision a fact that had already taken place—Count Leo Tolstoy excommunicated himself from the Church and completely broke off ties with it. This is something that he not only did not deny, but even resolutely emphasized at every convenient opportunity: “It is perfectly justifiable that I have renounced the Church that calls itself Orthodox… I renounce all the sacraments… I have truly renounced the Church, I have stopped fulfilling its rites, and I have written in my will to my close ones that they should not allow any clergymen from the Church near me when I will be dying…” These are just a few of the great writer’s numerous proclamations in this regard.

Furthermore, when Leo Tolstoy was twenty-seven years old, he nurtured the idea of creating a new faith, which his diary entries of the time witness. In his old age, when he felt that his aim was nearly accomplished, the writer created a small sect of his fans and wrote “The Gospel according to Tolstoy.” The main object of Tolstoy’s attacks became the Orthodox Church. His words and actions directed against the Church were horrifying to the Orthodox consciousness. Furthermore, Leo Tolstoy’s activities during the final ten years of his life were, unfortunately, truly destructive for Russia, which he loved. They brought misfortune to the people whom he so badly wanted to serve. It is no accident that the leader of the Bolsheviks extremely valued the aim of Leo’ Tolstoy’s activity, and called the writer “the mirror of the Russian revolution.”

Great ascetics of the Russian Orthodox Church—St. John of Kronstadt, St. Theophan the Recluse, and many others, admitted with regret that Count Tolstoy purposefully used his great talent to destroy Russia’s traditional spiritual and social order.

The writer’s final days speak to us about the torturous struggle that went on in his soul. He fled his family nest, Yasnaya Polyana—not to his like-minded friends, the “Tolstoyans,” but to the most famous Russian monastery, Optina Hermitage, where ascetic elders were living. He wanted to meet with them, but at the last minute he lost his resolve, about which he regretfully told his sister, a nun of Shamordino Convent near Optina. When at Ostapovo station he felt his approaching death, he asked that a telegram be sent to Optina Hermitage with the request that they send him Elder Joseph. However, when two priests arrived in Astapovo, the writer’s followers would not allow them to meet…

The Church related to the writer’s spiritual fate with enormous compassion. There were no “anathemas or curses” pronounced either before or after his death, as some unconscionable historians and polemicists insisted 100 years ago and still do today. Orthodox people still respect Leo Tolstoy’s literary talent, but still do not accept his anti-Christian ideas.

Several generations of Orthodox readers in our country and abraod highly appreciate Leo Tolstoy’s literary creations. They are thankful to him for such unforgettable, beautiful works as Childhood, Boyhood, Youth, Hadji-Murat, War and Peace, Anna Karenina, and The Death of Ivan Ilych. Nevertheless, because the writer himself never made peace with the Church (Leo Tolstoy never publicly renounced his tragic spiritual error), the excommunication by which he separated himself from the Church cannot be removed. This means that canonically he cannot be commemorated in the Church. But the compassionate heart of any Christian who holds the literary works of this great writer in high regard cannot be closed to sincere, humble prayer for his soul.