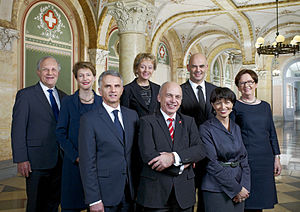 The Swiss government has decided to remove the reference to God from the national anthem. According to L'observatoire de la Christianophobie, the authorities have charged the «Schweizerische Gemeinnützige Gesellschaft» organization with opening of the new text of "a religiously neutral" anthem contest.

The present national anthem of Switzerland is "The Swiss psalm" (Schweizerpsalm). It was composed by the priest and composer Uri Alberich Zwyssig and by the musician and poet Leonhard Widmer and first performed in 1841 to the residents of Zug. The psalm was performed frequently at patriotic events, but the Federal Council repeatedly refused to recognize "The Swiss psalm" as the national anthem.

In 1961, the psalm was preliminary replaced by the «Rufst Du mein Vaterland» anthem ("When you call, my country"), composed by the Bernese professor Johann Rudolf Wyss on the music very reminiscent of the British "God, save the queen" anthem.

The similarity of the music of "Rufst du mein Vaterland" to the anthem of Great Britain provoked some diplomatic incidents. After a series of numerous referenda in Swiss cantons, "The Swiss psalm" was eventually approved as the national anthem on April 1, 1981.