Below are excerpts from a speech delivered by Prince Ghazi bin Muhammad, Chief Advisor to King Abdullah of Jordan for Religious and Cultural Aaffairs, at a conference on Arab Christians in Amman on September 3-4. 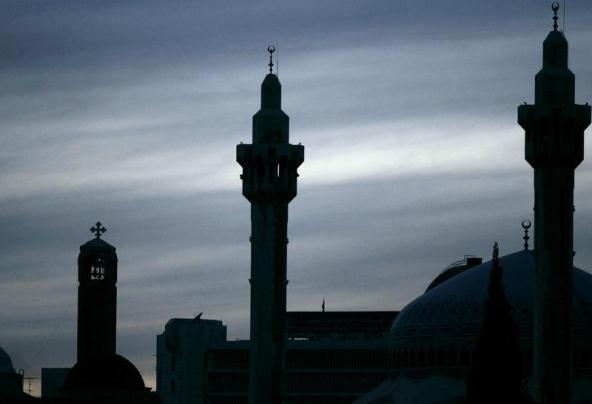 …We in Jordan feel that, for the first time in hundreds of years, Arab Christians have become targeted in some countries; that they are suffering not only because of the blind and deaf sedition (finah) that everyone has suffered from in certain Arab countries since the beginning of what is incorrectly called ‘the Arab Spring’, but also merely because they are Christians. We reject this categorically and completely. First: we reject it according to our sacred law, as Muslims before God. Second: we reject it morally, as Arabs and as fellow tribesmen. Third: we reject it emotionally, as neighbours and dear friends. And fourth: we reject it personally, as human beings.

God says in the Holy Qur’an: O people, fear your Lord, Who created you of a single soul, and from it created its mate, and from the pair of them scattered many men and women; and fear God by whom you claim [your rights] from one another and kinship ties. Surely God has been watchful over you. (Al-Nisa’, 4:1)

And God says: God does not forbid you in regard to those who did not wage war against you on account of religion and did not expel you from your homes, that you should treat them kindly and deal with them justly. Assur- edly God loves the just. (Al-Mumtahanah, 60:8)

I must remind myself, and the world, of two points:

First: Christians were in this region before Muslims. They are not strangers, nor colonialists, nor foreigners. They are the natives of these lands and Arabs, just as Muslims are.

Second: throughout their long history in this region, Muslims have never forced anyone to convert to Islam against their will, Indeed, compulsion is contrary to God’s words in the Holy Qur’an: ‘There is no compulsion in religion …’ (Al-Baqarah: 2:256); ‘you are not a taskmaster over them.’ (Al-Ghashiyah, 88:22);‘… and you are not [to be] a coercer of them

In return, Arab Christians have always been the support and reinforcement of Arab Muslims against foreign aggression. This has been true ever since the Prophet Muhammad’s army was sent to Jordan in the Battle of Mu’tah during the Prophet’s own lifetime. In that battle, the Arab Christian tribes fought alongside the Prophet’s army against the Byzantines, which is how they earned their tribal name ‘Al-Uzayzat’ (The Reinforcements), and here they are among us till this very day and they are still honoured among Muslims, praise be to God alone.

This paradigm continued throughout history up until the 20th century CE. During the struggles against colonialism, Christians were in the frontlines. In the wars with Israel, they carried arms in defense of our countries alongside Muslims at every turn. Now that they have become oppressed in Syria, Iraq and Egypt, their churches are burned and their priests, monks and nuns are kidnapped and sometimes killed, yet they do not carry arms to defend themselves. They observe the words of Jesus Christ the Messiah : ‘… but whosoever shall smite thee on thy right cheek, turn to him the other also…’ (Matthew, 5:39).

For our part, as Muslims, we must recall all these things—and recall also that the Christians of Abyssinia were the first to take in and protect Muslims when Muslims were weak and Christians were strong. Accordingly, we cannot allow any Christians—or indeed any religious or racial minorities—to be oppressed for any reason whatsoever.

… we Muslims face two paradigms in dealing with our Arab Christian neighbours. The first is negative and condemned by God’s words in the Holy Qur’an:
Perish the men of the ditch! / of the fire abounding in fuel, / when they sat by it, / and they themselves, to what they did to those who believed, were witnesses. (Al-Buruj, 85:4–7)

‘Those who believed’ in the above verse refers to the Christians of Najran, and God curses those who tortured and killed them.

As for the second paradigm: it is the correct one; the one that the Prophet Muhammad implemented when he welcomed his Christian neighbours from Najran and invited them to pray in his own mosque in Medina according to their own beliefs and practices. This noble, beautiful paradigm continued from the time of the Prophet Muhammad and his Companions through the Covenant of the Caliph Omar through the time of el-Emir al-Sharif Abdul-Kader al-Jaza’iri. Emir Abdul-Kader, after 25 years of fighting the French occupation of Algeria, was exiled by the French to Damascus. When a mob rose in sedition against the Christians of Damascus in 1860 CE, Abdul-Kader al-Jaza’iri rose with his sword and his Algerian guards against the mob to defend the Christians—as Islamic Law decrees—saying: ‘I will not abandon a single Christian. They are my brothers’.

This is our paradigm today and it is the right one according to Islamic Law, and the right one morally speaking. The essence of Islam is submission to God and His commands, not that Muslims should be a massive international worldly gang that fights other gangs because they subscribe to beliefs different from our own—even if they are unjust to Muslims at times.

God says in the Holy Qur’an:

O you who believe, be upright before God, witnesses in equity. Let not hatred of a people cause you not to be just; be just, that is nearer to God-fearing. And fear God; surely God is aware of what you do. (Al- Ma’idah, 5:8) Arab Christians and their Rights
Fr. Touma Bitar
Some writers and journalists criticize the positions of church leadership toward the uprisings, demonstrations, and protests that are occurring in our Arab countries under different names. Their criticisms might be true if we looked at them in an abstract, intellectual way that did not take into account how the situation will be when after the success or failure of these movements in achieving their stated goals. Arab Christians are anxious about their future.
Comments
×