SOURCE: Russia beyond the headlines

To celebrate the birthday of Fyodor Dostoevsky, the eminent historian of literature Ludmila Saraskina answers RBTH readers’ questions about the life and work of the great Russian author. 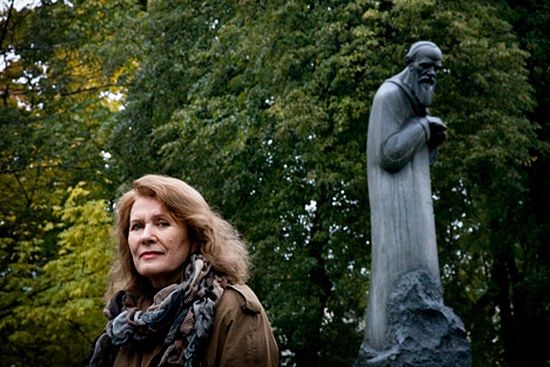 Ludmila Saraskina: Dostoevsky's specific view on religion involves the fact that his faith endured the suffering and hardships of doubt. Most clearly his religious beliefs are expressed in the novel “The Brothers Karamazov.”

RBTH: I would like to know about Dostoevsky's attitude to Christianity. Érika Batista

L.S.: Dostoevsky was an Orthodox Christian and viewed Christ with great love.

RBTH: Was Dostoevsky familiar with Catholicism? A critical attitude appears in his works. Paula Almarat

L.S.: When in the forced labor camp, Dostoevsky became acquainted with Polish Catholic convicts. He was offended by their arrogant attitude to the Orthodox prisoners. Later, he wrote many critical things about the Roman Pope Pius IX.

RBTH: Did Dostoyevsky read works of Church Fathers and was he influenced by John Chrysostom? Euthimios Nikrer

L.S.: Of course he read them, both the Fathers of the Church and St. John Chrysostom. And he referred to him many times in his works. He knew his Liturgy and cited his “Word of the Holy Easter, Where, death, is your sting?”

RBTH: Do you think “The Dream of the Ridiculous Man” had a religious/spiritual intent or more humanitarian? Dmitry Groesbeck

L.S.: Dostoevsky’s faith contained an enormous potential for humanity. That is why, in “The Dream of a Ridiculous Man,” religious and humanistic ideas appear inseparable.

RBTH: In what way does Raskolnikov correlate with Dostoevsky’s own "I"?Vinícius Ramos Pires

L.S.: Dostoevsky had a very clear understanding of all the motives and impulses of Raskolnikov, but he never endured such an experience.

RBTH: Did Dostoevsky draw ideas for his works from his own experience? Did he suffer mental illness? Did he have any problems with the law? Al Diri Ahmad 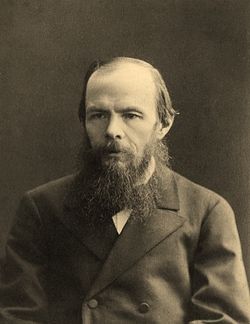 Fyodor Dostoevsky
L.S.: Of course, he used his own experience, as does every writer. He did not suffer mental illness; he was perfectly sane. In his youth he suffered strong nervous tension and feared lethargy. As for the law, for his participation in a revolutionary discussion group in 1849, he was arrested, tried and sentenced to death by firing squad. The sentence was commuted to four years of hard labor, and for six years of exile on military service. He was released in 1859.

RBTH: What was the cause of Dostoevsky’s epilepsy? Robert Focht

RBTH: Who was he inspired by when he was young? Nicole G. Landry

L.S.: He was addicted to the works of Karamzin, Pushkin, Shakespear, Schiller, and Goethe.

RBTH: Besides Pushkin and Georges Sand, to whom Dostoevsky dedicated a text after her death, which writers and thinkers did Dostoevsky admire, and who influenced his creativity? Mônica Colacique

L.S.: He never studied it formally, but he understood it intuitively.

RBTH: What moments [in his life] influenced Dostoevsky’s work?

L.S.: Childhood, his involvement in the revolutionary Petrashevsky Circle, and the forced labor camp.

RBTH: Was Dostoevsky cured of his gambling addiction or did he continue playing to the end of his life? Gala Kalashnikova

L.S.: He was cured. At the time of writing the novel “The Possessed” in 1871, he played for the last time. In total, his gambling addiction lasted for 10 years.

RBTH: Did Dostoevsky love his wife?

L.S.: He was married twice. His first wife died young of tuberculosis. He lived for 14 years with his second wife, and he loved her very much.

RBTH: Was there an inspirational prototype for the elder Zosima in “The Brothers Karamazov” or was this character purely a figment of author's imagination?

L.S.: This is a generalized character: the Optina monks plus a fictional image of the ideal Christian.

RBTH: What are the best works to get acquainted with Dostoevsky? Juan N Xoconostle 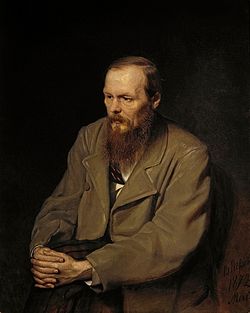 Vasily Perov. Portrait of writer Fyodor Dostoevsky. 1872. Moscow, The State Tretyakov Gallery
L.S.: It is best to start from the beginning with “The Poor Folk” and then continue to the end.

RBTH: Which Dostoyevsky works are the most read in Russia? KZ Long

L.S.: According to statistics, “Crime and Punishment,” “The Possessed” and “The Idiot.”

RBTH: Was there any censoring done to any of Dostoyevsky's work prior to publication? DD

L.S.: In “The Possessed” the censors removed the entire chapter “At Tikhon.” This chapter was later published separately on several occasions.

RBTH: Of all his works, which did Dostoevsky himself like the most? Rita S.

L.S.: The one he was working on at the time.

RBTH: Is anything known about the final that Dostoevsky conceived for the novel “Netochka Nezvanova”? Débora Mestre

L.S.: There is a hypothesis that at the end of the novel, Netochka Nezvanova becomes a singer and an actress, but there is no direct evidence of this.

RBTH: What did Dostoevsky want to show and tell us in “The Possessed”? Jorge Pavlyuchenko Romero

L.S.: He wanted to show the dangers of revolutionary temptations and to warn the public of these dangers.

RBTH: Why are the characters in his novels always in extreme mental states and on the verge of suicide? Where does all this gloom come from? Bashar Alrustom

L.S.: Dostoevsky believed that in the borderline states a man is better perceived than in everyday life.

RBTH: I heard that the writer planned a sequel to “The Brothers Karamazov” but never got to it? Are any details known about this? Paula Almarat

L.S.: There are indirect versions that Alyosha Karamazov would become a tsar killer, and that he would enter the revolutionary movement.

RBTH: In “Notes from the Underground,” what does the author mean by “l'homme de la nature et de la verite” [a man of nature and truth]? Alexis Medina

L.S.: It means a natural person and a child of nature, who has an organic sense of the truth.

RBTH: It seems to me that the main ideas in Dostoevsky’s works are expressed in the dialogues of the characters, rather than in monologues. Did the writer do this deliberately?

L.S.: Yes. Dostoevsky believed that characters are more expressive in dialogues, where there is a greater sense of drama. He adhered to the principle of narrative: scenes, not words.

RBTH: Why do I need to read the works of Dostoevsky?

L.S.: Because it is the best school for learning and self-discovery. Requiem served for Feodor Dostoevsky in the Alexander Nevsky Lavra

Requiem served for Feodor Dostoevsky in the Alexander Nevsky Lavra
Since 1988, St. Petersburg has yearly observed a cultural and spiritual tradition of serving a pannikhida (requiem) for Feodor Dostoevsky on the date of his death. 1988 was the millennium celebration of the Baptism of Russia. Dostoevsky and His Theology
James Townsend

Dostoevsky and His Theology
James Townsend
Alfred Einstein stated: "Dostoevsky gives me more than any other thinker." Nicholas Berdyaev was professor of philosophy at the University of Moscow until he was expelled by the Communist regime in 1922. Berdyaev testified that Dostoevsky "stirred and lifted up my soul more than any other writer or philosopher has done…when I turned to Jesus Christ for the first time. Fyodor M. Dostoevsky, Orthodox Convert 1821–1881 (January 28/February 9)
On February 9, 1881, Feodor Dostoevsky parted this world as his family read to him the Gospel parable of the prodigal son. This article from Orthodox America from the 100th anniversary year of Doestoevsky's death commemorates the great writer, and shows his significance to the Orthodox Church.
Comments