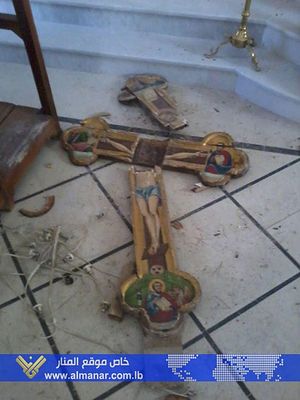 The stream of refugees from Syria who hope to receive asylum in Russia is growing, reported head of the Federal Migration Service's Moscow department Olga Kirillova.

"In connection with aggravation of the socio-political situation in Syria, the stream of citizens seeking asylum on the territory of the Russian Federation has considerably increased," she said.

According to her, in 2013 more than 1000 Syrian citizens appealed to the Federal Migration Service in Moscow for asylum, and 478 of them were granted temporary asylum.

On December 9, 2013, the FMS administration denied the information of human rights activists regarding the alleged mass expulsion of Syrian citizens who asked for asylum in Russia, reports Interfax.

"There is no campaign," said then head of FMS Konstantin Romodanovsky to Interfax. "We take actions according to the law: we grant a temporary asylum, if there are reasons for that. But if there are no reasons, then we deny asylum," he said.

On October 16 last year, the Russian Ministry of Foreign Affairs reported that a group of 50,000 Syrian Christians from the Damascus province had appealed for a Russian citizenship.

"As the Syrian legislation allows double citizenship, we decided to appeal for the Russian Federation's citizenship, if it is possible. Obtaining it would be a honor for each Syrian Christian who wishes to receive it. We will be under Russia’s protection should we be under the threat of physical annihilation by terrorists. From around 50,000 people: doctors, engineers, lawyers, businessmen, who are ready to sign this appeal, nobody wishes to leave one's home. We have all that we need, we are not asking for money," says the Syrians’ appeal, published by the Ministry of Foreign Affairs of Russia.