Metropolitan of Japan Daniel: “Divine love must reign in the heart of man”

Interview with the Metropolitan of Tokyo and all Japan Daniel 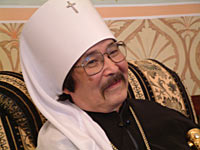 - Your Eminence, you have been the head of the Church of Japan for four years. Before that you had served as a priest for many years. How has your perception of Japanese Orthodoxy changed since you became a Metropolitan?

- I fully realized that the Orthodox Church of Japan is economically independent and it results in our great responsibility. We have to attend to very many administrative matters. Orthodox Bishops of Russian origin, based in the USA, used to run the Church of Japan. It was after the Second World War. But thirty years ago the Orthodox Church of Japan became independent. The leader of that movement was Metropolitan Nikodim (Rotov). Since then, Japanese bishops have headed our Church. One of the most important tasks became providing economic independence of the Church. At present, we certainly cannot say that the Church of Japan possesses innumerable treasures, but we have everything which is needed to function normally and for bringing Christ to the Japanese people. I think that the economic situation is very important, the Church cannot function otherwise, but economic concerns must necessarily go along with spiritual growth and with raising the spiritual level of our faithful.

- In that light, what are the main tasks which the Church of Japan faces today?

- We know that you love the Holy Fathers’ writings and translate them yourself. Do Japanese Christians read it on a regular basis?

- Of course, the Holy Fathers are not “popular”. But I think that the publication of their works is extremely important. I see as one of my main jobs choosing the most comprehensible parts of their work and transforming it so that they would be understandable for the Japanese in particular. Many people tell me that the work which has started is very useful. They get acquainted with the Holy Fathers’ teachings at least in the Japanese.

- Optina desert Elders did the same, when they brought Greek originals to Russia, translated and published them…

- Saint Theodosius borrowed the Greek monastic statute of Mt. Athos when he was founding the Caves’ Monastery of Kiev. That was a real Orthodox tradition. The Japanese ask: ‘What is Orthodoxy?’ When they get familiar with the Holy Fathers’ writings, they realise that that is what Orthodoxy is. … By the way, who compiled the book called “The Path of the Fathers’, published by your monastery? 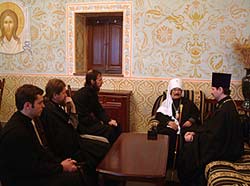 - The book was written by a remarkable person – Sergei Iosiphovich Fudel. He was a priest’s son and spent many years in prisons. In my view, this is one of his best books. Unfortunately its sale is quite low. It is very important for us that in your person we have found a man who really appreciates this book. Do you translate the works of Ignaty Brianchaninov and Theophan the Recluse as well?

- Only partly. In Tokyo there was a young Japanese philology expert Alexei Potapov who worked zealously for the Church and translated several works of Ignaty Brianchaninov. Now they have been published in Japanese. Earlier even the name of the Saint had not been heard of in Japan. But gradually these works are reaching the parched desert of Japan. Let the Japanese at least get used to the names of the Holy Fathers. Gradually, when the name of a Saint is known, we can begin to translate his main, in spiritual terms most significant works. In the end we will aim to translate all of the Holy Fathers’ writings, say, for the library of the monastery which we plan to found in Japan soon. Saint Ignaty was a proliferate writer, I have his six-volume works in my personal library. Of course, for one person, especially a foreigner, it is a big job – to read all these thick books, it takes a lot of time. Saint Ignaty Brianchaninov had a permanent bitter feeling in his heart, over faults of the world which he could witness. And he tried to change the world for the better with his pen.

- Your Eminence, the Japanese director Akira Kurosava, who we admire a lot, has showed in one of his films, ‘Warrior’s Shadow’, that at first the Japanese regarded Christianity as a hostile teaching. In his turn, Saint Nicholas (Kasatkin), when he started his work in Japan, frequently mentioned that the Japanese talked about a “villainous sect of Christians”. Has the attitude to Orthodoxy changed nowadays?

- Unfortunately many Japanese never even heard of Orthodoxy. For the Japanese the first image which comes to mind when Christianity is mentioned is the Roman Catholic Church. And the film you mean shows the perception of Catholicism in particular. Officially 1 million 400 thousand practicing Christians are registered in Japan. Few of them are Orthodox. But everyone knows the Resurrection Cathedral, which the Japanese call ‘Nikorai-Do” showing their respect for Saint Nicholas.

(The translators notice: There was an interesting incident yesterday. At the St. Daniel monastery’s hotel we met some non-Christian Japanese. When they were told that the person they could see was an Orthodox Metropolitan they didn’t show any particular interest. But when we told them that His Eminence Daniel serves in ‘Nikorai-Do’, they immediately started smiling and nodding. If you simply say “The Orthodox Church”, for them it is not associated with anything. But if you use, say, ‘sign’ concepts, which have something to do with Japanese history and culture, then people get some real notions. Some regard ‘Nikorai-Do’ just as a historical monument. But for some it has become an entrance into the Church, first a church as a historical monument, then as a house of God.)

- How many Orthodox believers are there in Japan?

- We know about 30 thousand families. But some believers are not registered officially. It is impossible to give the exact number, because some have registered as Orthodox and don’t go to Church, and some haven’t, but attend services.

- There is a principle of the freedom of conscience in the Japanese constitution, which is guarded by concrete laws and the contemporary tradition of the Japanese society. This principle has been valid in our country for more than a hundred years, since the revolution which took place in 1867. That is why the State is not capable of interfering with religious organisations’ affairs.

- Nowadays people become more and more rational and the way to Faith becomes more and more complicated. Is there hope that there would be more Orthodox people in Japan and the Orthodox Church would get stronger?

- It is a difficult question. Of course, intellect and education are very important. If you look at the history of Japan, you can see that the Japanese used to have such a conception as ‘spirit’ in their national tradition. It was different from Orthodoxy though. During the past hundred years, Japanese society, as well as the rest of the world, has turned to rationalistic thinking. But with its help you cannot protect yourself from sin, it doesn’t directly bring you to salvation.

This century has provided us with a lot of new knowledge. But what for? How can it help to save a soul? When I was young, I enjoyed intellectual activities a lot. But now, having walked through most of my life path, I have come to the conclusion that knowledge is far from everything. It is significant in our life, but it is not the most important thing. The most important is the spiritual state of our souls and hearts, which leads to salvation. Divine love must reign in the heart of man. 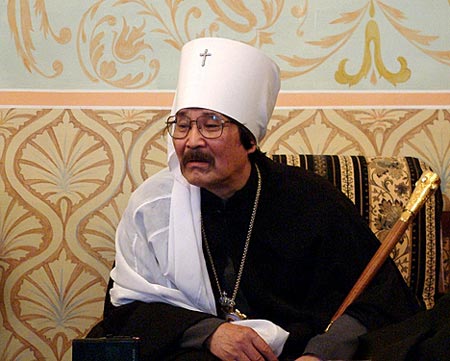