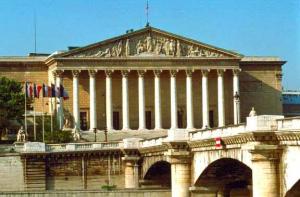 The National Assembly of France has accepted the proposal of “Oriental Christians under threat coordination” (CHREDO) to form a research group the state of Oriental Christians. The initiative was put forward by deputy Valery Pekress and supported by more than 110 parliamentarians of various political views, reports L'observatoire de la Christianophobie, reports Sedmitza.ru.

The major aim of the research is to give practical resolutions for the most essential problems facing Christians in the Middle East (whose survival is under threat).

The creation of the research group in the French Parliament was stimulated by the aggravated situation in Syria and Iraq.

The coordination received support from the Foreign Minister of France Laurent Fabius, who in his letter to the CHREDO president Patrick Karam noted the necessity of forming research groups in the National Assembly and the Senate.