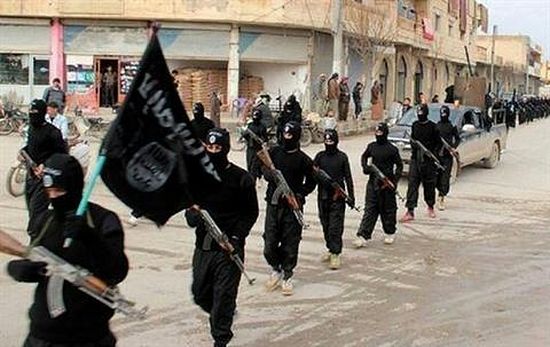 In its weekly column, "Voices from the net", the FRANCE 23 Arabic French TV channel showed an interview with a resident of the Syrian town of Rakka (Ar Raqqah, Racca), who told about the new phase of persecution of Christians by Muslim extremists.

Late in February of this year, the "Islamic State of Iraq and the Levant" extremist Muslim group, obliged Christians, living in the Syrian governorate of Rakka, to pay Jizya (a tax levied against non-Muslims) and to observe a certain number of new rules, dealing with performance of religious rites, appearance, meals and drinks.

The militants also banned any restoration of the monasteries and churches they had destroyed. Although some towns of the northern governorate were de facto under control of the armed "Syrian opposition" as early as March 2013, the terrorists were developing their expansion until they occupied all the territory of the Syrian governorate. 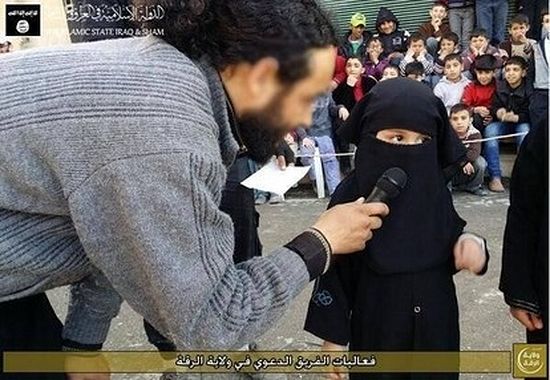 Even girls have to cover the face and hands. Photo: orontes.jimdo.com

Rami is a young man, forced to leave his native town several months ago; he has told about the scale of persecutions of the Christian population of Rakka and how, after centuries of peaceful coexistence between the cross and the crescent, the insurgents, hiding behind the name of Islam, are burning churches and confiscating the houses of their parishioners, driving them away from their native district.

Rami, a Christian from Rakka, relates:

“As for the situation of Christians in Rakka—it is deplorable. 95 percent of its Christian population (i.e. 2000 families) were simply forced to flee. Most of the Christians resided in three towns: esSaur, Rakka, and Tell Abyad.

“It is no wonder that there are currently no Christians in esSaur: it was here where the first pogroms of churches and persecutions of their parishioners began. The last church, burned down by the extremists, was situated in Tell Abyad...

“The first church to be burned down was the Catholic Church of Annunciation of Holy Theotokos; the second one - Armenian Church of Martyrs near the Ar Rashid park; the third—an Orthodox Church which stood behind the fence of the "Freedom" school. The latter too was destroyed. 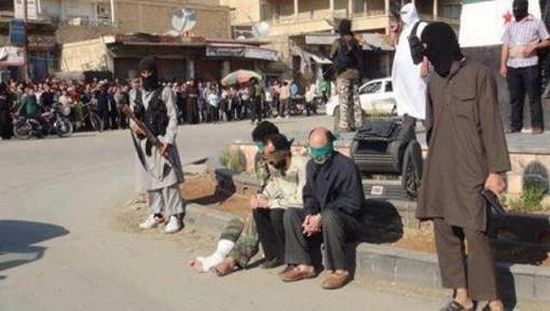 “The Armenian Church was adjacent to a kindergarten called "The Martyrs' garden", in honor of the shrine. Children of both Christians and Muslims studied in it. This kindergarten, like the town's primary school, was taken away by the islamists; today it is occupied by the "Muslim educational center".

“Residences of bishops and ordinary clergy, situated by the churches, were sacked and misappropriated by "Islamic State" members. In recents months they began taking away dwellings from the people—first in esSaur, and then in Rakka itself. Under one or another pretext (of course, unlawful) they deprived Christians of their apartments. After all these events our churches now stand empty, with bare walls.

“Let them return schools, kindergartens to people... For, all schools, kindergartens, and hospitals are a community property, important for both Christians and Muslims. If they wish, then let them first return the infrastructure, important for everybody, and we will wait for churches. Churches, mosques—this is all inside us, since we can pray to God, serve Him, even staying at home; but they must give back the things that are necessary for everyone. 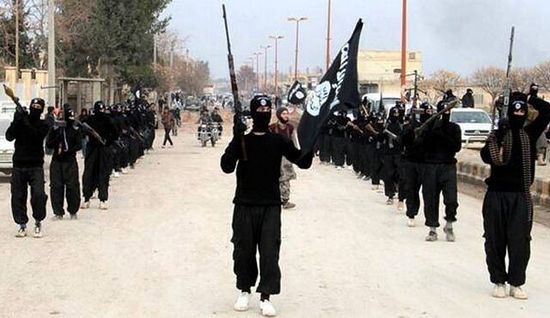 “The situation worsened when the women were ordered to cover their faces. Now it is forbidden in the city to demonstrate that you are non-Muslims in any way. A tax is imposed on adherents of different faiths—for confessing one's religion....

“I will be frank: if a young man (a Muslim), who follows all precepts of his faith, closes his shop for performing a namaz, then "this is his privacy"; but it is difficult for Christian women to observe regulations of the Muslim law. The question of "a covered head" is a question of traditions and it is up to every Christian woman. But it is wrong to dictate...

“The Lenten fast has come. In these days ladies array themselves in ‘robes of maidens’ (following a local tradition) but now they are forbidden to do that.

“Now a Christian does not even have a right to say to their overlords, "Leave me alone!" Christians are obliged to comply with all the rules imposed on them.

“This is unacceptable even for my Muslim friends. When the cross was thrown down from the dome of Annunciation Church, very many young men—Christians and Muslims alike—went out to the streets to protest, and then took the cross and carried it together. That was a clear, wonderful symbol of love, a sign of mutual support of different citizens, fostered by our eastern traditions.” Syrian christian leaders call on U.S. to end support for anti-Assad rebels
The stories told by five top Syrian Christian leaders about the horrors their churches are experiencing at the hands of Islamist extremists are biblical in their brutality.