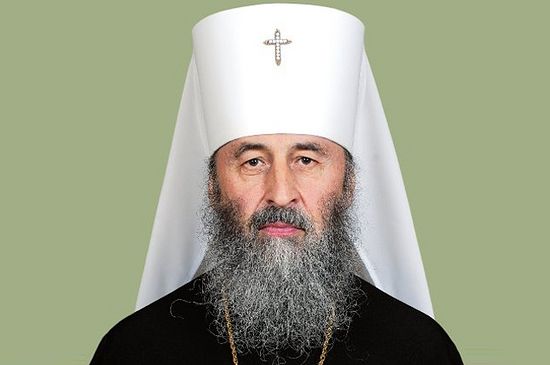 On August 13 the results of elections of the new Metropolitan of Kiev and All Ukraine have been announced, reports the website of the Ukrainian Orthodox Church.

By decision of the Council of Hierarchs of the Ukrainian Orthodox Church, the Locum Tenens of the Metropolitanate of Kiev Metropolitan Onuphry of Chernovtsy and Bukovina has been elected as the new primate of UOC (the Moscow Patriarchate).

48 bishops of the Ukrainian Orthodox Church voted in favor of him. The elections have been held in two rounds.

After the first round, the leaders’ collected votes tallied:

Metropolitan Onuphry was born on November 5, 1944 in Chernovtsy Region in the family of a clergyman. He took monastic vows in 1971 and in 1988 graduated from the Moscow Theological Academy with a degree in theology.

In 1988 he was appointed Father-Superior of the Dormition Pochayev Lavra where he served until November 1990. On December 9, 1990, he was consecrated Bishop of Chernovtsy and Bukovina. In 1994 he was raised to the rank of archbishop, and in 2000, to the rank of metropolitan.

The Russian Orthodox Church has welcomed the election of Metropolitan Onuphry and is expecting him to perform his peacekeeping mission successfully, reports Interfax-Religion.

"We welcome the election of the new leader of the Ukrainian Orthodox Church," Archpriest Igor Yakimchuk, the secretary for the inter-Orthodox relations at the Synodal Department for External Church Relations, told Interfax-Religion.

"The Bishops Council has demonstrated unity, which is particularly important amidst what is happening in Ukraine," said Father Igor.

He also stressed that Metropolitan Onuphry "is well known for his spiritual qualities—he is a man of fervent prayer and a true monk."

"We hope that under his leadership, the Ukrainian Orthodox Church will successfully perform its peacekeeping mission aimed at resolving the situation in the country," the priest said. Metropolitan Onuphry asks the Ukrainian president to prevent seizure of monasteries and churches
“We are especially concerned about the fact that on June 22, 2014, a large number of armed people with aggressive behavior gathered near the Kiev Caves Lavra. All this looked like an attempt of seizure of the Lavra,” reads the address of His Eminence.