The Russian Federation’s Presidential Council for Cooperation with Religious Organizations has called for respect of believers’ rights in combat zones. The statement relates to the concerns about the fate of representatives of traditional religions in the Middle East, North Africa, and the Ukraine, reports TASS. 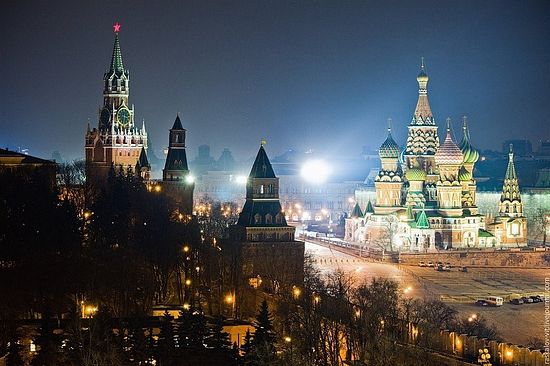 “Recent years have been marked by persistent efforts to give a religious and national motivation to the conflicts that are political or social by nature,” the Presidential Council’s statement reads. It notes that the struggle “for economical interests or the geopolitical dominance” takes refuge in “the slogans with words that are precious for millions of people—about God, faith, patriotism.”

The document calls to defend rights of Christians, representatives of moderate Islam, and Jewish communities. “In a number of countries of the Middle East and North Africa, the blood of civilian residents is being shed: these people confess moderate Islam and reject the pseudo-religious extremist ideology,” members of the Presidential Council for Cooperation with Religious Organizations state.

“The situation of Christian communities and religious minorities in the Biblical region is becoming more and more threatening, we are witnessing an increase in the forced flight of Christians from their ancestors’ land,” the document stresses. There is a real exodus of Christians from Iraq where they lived for two thousand years. And there are concerns about the fate of two Christian hierarchs in Syria kidnapped on April 22, 2013. The statement also mentions that “there are almost no Christians in Lybia any more”, while in Syria representatives of the Armenian nation and its shrines are being destroyed.

The document devotes special attention to the ongoing civil strife in the Ukraine.

“From the bottom of our hearts we empathize with the absolutely innocent civilian population of the South-Eastern Ukraine that is suffering for its rejection of the policy of radical nationalism,” the document reads.

“In a number of regions of the Ukraine there are cases of removal of buildings for public worship from the religious communities belonging to the canonical Ukrainian Orthodox Church that has been consistently taking up a peace-maker’s position.” The statement also points to the facts of “unjust treatment of Protestant and Jewish communities in various parts of the country.” The Presidential Council members consider that “the coordination of efforts of different religious organizations is necessary for finding the ways of settlement of the armed conflict”.

The Presidential Council is calling to promote unimpeded delivery of humanitarian assistance, to show compassion to people with other political views (including prisoners of war), to ensure freedom of conscience and religion, to stop violent and discriminatory actions based on religious or national intolerance.

Leaders of Orthodox, Muslim, Jewish, and Buddhist organizations took part in the meeting of the Presidential Council for Cooperation with Religious Organizations.

At least 11 killed, 40 injured in shelling in Donetsk, E. Ukraine, school hit
“The particular cynicism of this shelling is the very fact that today was the children’s first day at school. And on this day, artillery directly targets them. These are blatant, intolerable things,” the ministry’s human rights ombudsman Konstantin Dolgov said.

In West Asia, a faith under siege
Recent political upheavals and extremist-backed violence in the West Asian region, particularly in Syria and Iraq in the aftermath of the Arab Spring, have further complicated and aggravated the situation for the already dwindling Arab Christian community.
Comments
×