Incorrupt body of a reposed ascetic discovered on Mt. Athos 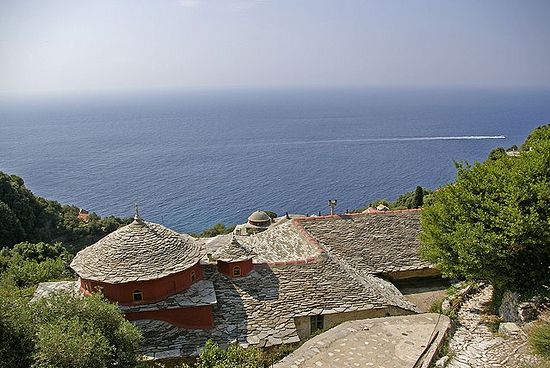 A miracle has occurred in the Athonite Skete of Kafsokalyvia – the body of the deceased monk, Father Stephen, discovered a month and a half after his repose, was absolutely intact and there was not a trace of an unpleasant smell, as if he had departed only several hours before, reports Afonit.info.

The Kafsokalyvia Skete is situated not far from the Great Lavra and is widely known owing to the Holy Elder Porphyrios (Bairaktaris; +1991) who lived there.

The newly-departed Fr. Stephen lived for 40 years in one of the skete’s 40 hermitage cells, dedicated to the Three Holy Hierarchs. In past years he communicated with the brethren very little and often criticized various aspects of modern life.

According to Romfea’s report, the monk was found dead in his cell. The fathers of the Kafsokalyvia Skete who discovered the body testify that it was absolutely incorrupt and there was no trace of an unpleasant smell, although he had been dead for four to six weeks.

According to the brethren’s evidence, Fr. Stephen had neither a bed nor even a blanket in his cell, he slept on planks and it remains unknown what he used as food. The ascetic reposed at age 74 and has been buried as monk of the Great Lavra whose dependency is the Kafsokalyvia Skete. 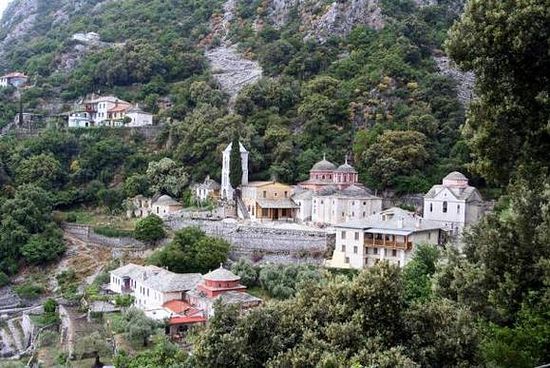 The Kafsokalyvia Skete consists of 40 kalyvae (a small dwelling in an Athonite skete for one or several monks). It is situated in the south of Mt. Athos, on the cliffs towards the Great Lavra, 120 meters (394 feet) above the sea level. The name “Kafsokalyvia” (means “huts’ burner”) was derived from St. Maximos the Kafsokalyvite (d. January 13, 1365) who built himself huts on these cliffs. His love for seclusion was so great that each time other hermits settled near his kalyva, St. Maximos burned down his dwelling, climbing up the mountain where he built new huts for himself.

The main church of the skete is called Kiriakon. Ascetics and elders from the skete’s kalivae gather here for Sunday Liturgies. The church was constructed by one Russian military leader. Its iconostasis is a wood-carved miniature. A mountain path leads from the Kafsokalyvia up to the cave of St. Nilus the Myrrhgusher.

The skete especially flourished under Venerable Akakios early in the 18th century. Then it consisted of 40 independent cells with up to 200 ascetics-monks living in them.

At the present time there are 39 kalivae in the skete, 17 of which are inhabited. The skete runs its own icon painting workshop, located in a two-storied building. 45 monks live and serve in the skete.

From time immemorial the skete has been famous for its saintly monks, notably, the newly-canonized Elder Porphyrios (+1991). The Problem of Miracles
Religion acknowledges miracles
Ivan M. Andreev
Some scientists (insufficiently educated in philosophy) categorically reject the possibility of miracles and regard a miracle as contradictory to the laws of nature. Very often such scholars assert that miracles appear to be either a fiction, a fraud, or such a phenomenon which science cannot at present explain, but will certainly be explained scientifically later on. What is unintelligible today might be intelligible and explainable tomorrow.