Holy Saturday and the Harrowing of Hell 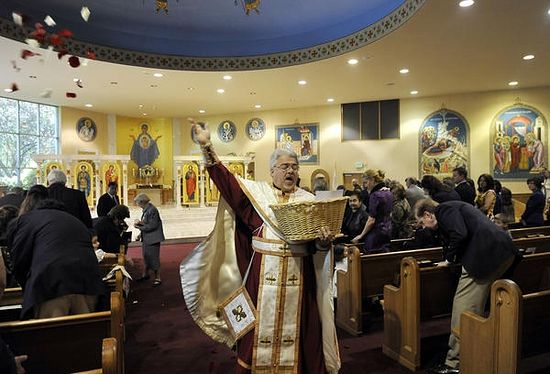 During Holy Week each day has a particular theme, a spiritual lesson for the faithful who attend the services. As an Orthodox Christian I get much of my theological education not from reading books but from attending the services. In addition to the Scripture readings, the hymns and prayers of the Church teach me about how God saved us in Christ. They form as it were a running commentary on the Bible, and for those diligent and attentive they offer a form of liturgical education and dicipleship training. Standing attentively with an open heart gives one a good spiritual workout!

Each day of Holy Week has a particular theme: Thursday – Christ’s death, Friday – his burial, Saturday morning – his descent into Hell, and Saturday midnight – his resurrection. In my early days as an Orthodox Christian my focus was on the Pascha/Easter service that celebrates Christ’s third day resurrection. Then I began to make it a point to attend the other services and found to my happy surprise that these services have their own special take on Jesus Christ and how Christ saves us.

Recently, I began attending the Holy Saturday morning Liturgy. At first I thought to myself: “Why is there a morning Liturgy on the day of Christ’s resurrection when we are going to celebrate the Resurrection later that night?” I soon learned that the theme of the Holy Saturday service is Christ’s time in Hell. The Apostles’ Creed confesses: “And he descended into Hell” (descendit ad infernos). During my time as a Protestant Evangelical I thought that one line in the Apostles Creed was a curious aberration with little relevance for salvation. This “curious aberration” turned out to be a hidden gem of the early Church. 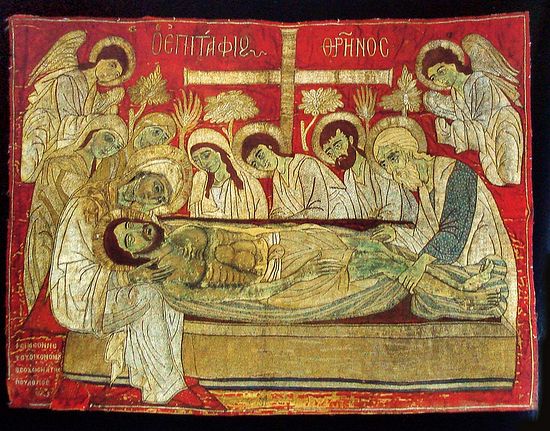 Did you ever wonder what happened to Christ after he was buried? His body was lying in the tomb but what about his soul? It is interesting that while the Nicene Creed used in the Orthodox Church does not say anything about Christ’s descent into Hell, the Church has a lot to say about that theme in the Holy Saturday Liturgy. 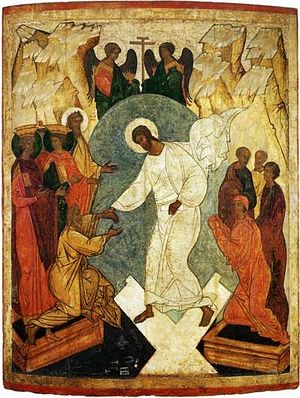 Icon of the Resurrection.
Today Hades cried out groaning: “Would that I had not received the One born of Mary; for He came upon me and loosed my power. He shattered the gates of brass; the souls, which I held captive of old, as God He raised up.” Glory O Lord to Your Cross and Your Resurrection.

Today Hades cried out groaning: “My authority is dissolved; I received a mortal, as one of the mortals; but this One, I am powerless to contain; with Him I lose all those, over which, I had ruled. For ages I had held the Dead, but behold, He raises up all. Glory O Lord, to Your Cross and Your Resurrection.

Today Hades cried out groaning: “My power had been trampled on; the Shepherd has been crucified, and Adam He raised up. I have been deprived of those, over whom I ruled; and all those, I had the power to swallow, I have disgorged. He, Who was crucified has cleared the tombs. The dominion of Death is no more.” Glory O Lord, to our Cross and Your Resurrection.

For Orthodox Christians Hell is not a fearful place of torment and punishment, but rather a battlefield where a great battle was fought and our Hero Christ triumphed over the enemy Death (1 Corinthians 15:20-26). 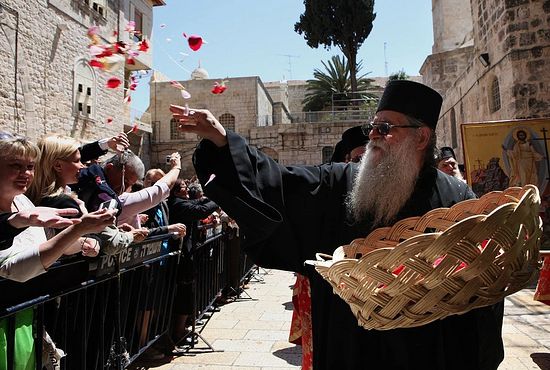 Holy Saturday in the Holy Land.

In the Greek Orthodox tradition there is the custom of the priest walking up the aisle of the church on Holy Saturday morning scattering rose petals or flowers left and right as a sign of Christ’s triumph over Death and our release from Hell. It is quite a surprise then to walk into an Orthodox church for the Pascha/Easter service and instead of finding everything tidy and neat, one sees a joyous mess — the floor all covered with flowers. In a little while the walls of the church will reverberate with shouts of: “Christ is Risen!” and the response: “Truly He is Risen!” The Lamentations Service for Holy Saturday Matins
This service includes what are called the Lamentations of the Theotokos. Our Lord Jesus Christ has been taken down from the cross, and His Most Pure Mother laments at His lifeless Body, but theologizes concerning the mystery of His death and our redemption.

From the Resurrection to the Ascension
Priest Vyacheslav Sinelnikov
A question stands before us: which kind are we? Do we talk about Christ’s Resurrection only in other people’s words? Do we really rejoice with a full heart? … Are we convinced only because other people know this and we trust them, or has this news done something to us—and knowing by experience that Christ has risen, we can no longer be the same as we were before?

Holy Saturday: 'With Fear and Trembling'
Fr. John Breck
Miraculously, Orthodox Christianity has preserved the essence of "the faith once for all delivered to the saints" (Jude 3). By the sheer grace of God, it has maintained the apostolic faith in the face of extraordinary pressures, from persecution and martyrdom to Western secularism and pluralism.
Comments
×