The Inconsistency of Chiliasm

Today and tomorrow we are presenting a series of four articles on the heresy of Chiliasm, or Millennialsm—that is, that Christ will have a literal, earthly kingdom lasting for 1,000 years at the end of time. This belief, popular amongst many Protestants today, arises from a misinterpretation of Scripture, and our saints and holy elders hold for us the key to properly understanding Scripture, and the end times, as far as it is given to us to know.

The second article is an addendum to the work "The End of the World" by Bishop Alexander (Mileant).

See the first article in the series by Elder Cleopa (Ilie) of Romania. 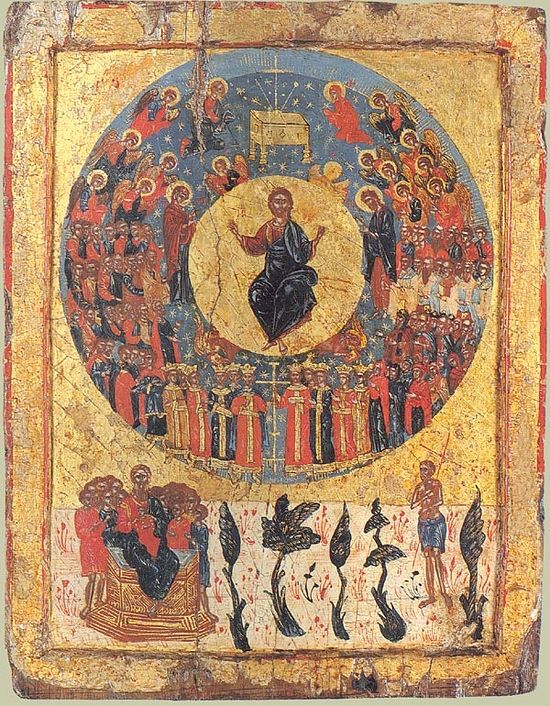 There is presently a teaching about the thousand-year kingdom of Christ on earth prior to the Universal Judgment that is gaining increased acceptance among different Christian denominations. This teaching is known as chiliasm, from the Greek chiliasmos, meaning "a thousand years." The essence of this teaching is as follows: Long before the end of the world, Christ will once again return to earth, defeat the Antichrist, resurrect the righteous only, and establish a kingdom on earth in which the righteous, as a reward for their struggles and sufferings, will reign with Him for a period of thousand years, enjoying all the good things of temporal life. After this, another resurrection will follow in which the rest of the people will be raised from the dead. Then the Universal Judgment will take place, and God will reward the righteous and punish the sinners. The defenders of this teaching base their arguments on the vision of the Apostle John in the 20th chapter of the book of Revelation.

There it is said that an Angel descended from heaven and bound satan for a thousand years and that the souls of those beheaded for their witness of Jesus Christ and the word of God came to life and reigned with Christ for a thousand years. This is the first resurrection, says the book of Revelation (Rev. 20:5). When the thousand years have expired, Satan will be released from his prison and will go out to deceive the nations (Rev. 20:7-8). Soon there follows the judgment of the devil and of those who were deceived by him. The dead will be raised up and judged according to their deeds: And anyone not found written in the Book of Life was cast into the lake of fire … This is the second death (Rev. 20:14-15). Upon those who have been resurrected in the first resurrection, however, the second death will have no power.

Chiliastic views in antiquity were spread chiefly among heretics. The Second Ecumenical Council in 381 AD., condemning the heretic Apollinarius, condemned his teaching about the thousand-year Kingdom of Christ. To put a stop to further attempts at introducing this teaching, the Fathers of the Council inserted into the Creed the words about Christ: "His Kingdom shall have no end." In other words, when Christ's reign begins there will be no interruptions in His eternal Kingdom. In more recent times, chiliastic views were resurrected in some Protestant sects. As has been indicated, in this teaching there are proposed two future resurrections and two judgments: one for the righteous and later another for sinners; and there are two future comings of the Savior. There is a purely earthly reign of Christ with the righteous ones as a definite historical epoch. Formally, this teaching is based on an incorrect understanding of the expression first resurrection, while inwardly its cause is rooted in many contemporary sectarians' loss of faith in eternal life and in the blessedness of the righteous in Heaven, with whom they have no communion in prayer. Another cause is to be found in utopian dreams hidden behind religious ideas and inserted into the mysterious images of the book of Revelation.

It is not difficult to see the inconsistency of the chiliastic interpretation of the twentieth Chapter of the book of Revelation. Parallel passages in Sacred Scripture clearly indicate that the first resurrection signifies spiritual rebirth into eternal life through baptism. Here are some typical passages in apostolic epistles: Awake, you who sleep, arise from the dead, and Christ will give you light … You are risen with Christ (Eph 5:14; Col. 3:1 and 2:12; Eph. 2:5-6). Proceeding from this, by the thousand-year reign we must understand the period of time from the very beginning of the Church of Christ until the end of the world. In the 20th chapter of Revelation, St. John consoles the faithful with the thought that those who were killed for Christ did not perish. Instead, they reign in Heaven with their Savior.

The second death signifies the condemnation of sinners after the Universal Judgment. It does not concern "the resurrected in the first resurrection." This means that those spiritually regenerated in Christ and cleansed by God's grace will not be subject to Condemnation but will enter the blessed life of Christ's Kingdom.

It is important to understand that the twentieth chapter of the book of Revelation does not introduce any new teaching about the end of the world and the Second Coming of Christ. Its purpose is to summarize the battle between the devil and the Church which permeates the whole history of mankind. The devil is defeated twice: first spiritually, by the redemptive death of the Savior, and at the end of the world, completely and finally, when he will be thrown into the lake of fire. Christian martyrs began to celebrate their victory over satan immediately following their death for Christ. The Future of Russia and the End of the World
Hieromonk Seraphim (Rose)
The Apocalypse describes these events in a series of visions: some bright and positive, relating to the fulfillment of God's justice and the salvation of His chosen ones; and some dark and negative, relating to the terrible plagues that will come on earth for the sins of mankind. Sometimes we today emphasize the dark and negative side, seeing the increase of evil around us; but that comes from our faintheartedness and worldliness—we must look at the whole picture.
Comments

Seraphim11/7/2021 7:49 am
But Satan is not blind yet. He still deceived the nations. As a matter of fact Paul stated the devil prowls about like a roaring lion seeking whom he may devour. Doesn’t sound bound up to me. There are more reasons people believe this. There are many scripture passages in the OT that condole the messianic reign of Christ

JT7/15/2017 11:08 pm
Thank you!
My fellow citizens who ascribe to Evangelical Christianity seem to be wholly consumed by the idea of "The Rapture" (the second obsession being wealth). It became a really huge phenomenon in the 1990s when stores like Wal-Mart were selling the "Left Behind" fiction series, believe it or not!
Personally, I think the Armageddon obsession in the US makes a great deal of Americans either strangely morbid short-sighted Christians or very wary non-believers.
Televangelists and pastors constantly push this narrative of "The End Times" and it promotes a bloodthirsty desire within their flock. If left unchecked, the Apocalypse obsession within the US could cause disaster worldwide.
×