On October 16, 2015, clergy and laity of the Romanian Orthodox Church solemnly met the relics of St. Mary Magdalene, Equal-to-the-Apostles, at the Bucharest airport. The relics were brought from the Simonopetra Monastery on Mt. Athos, reports Afonit.info. 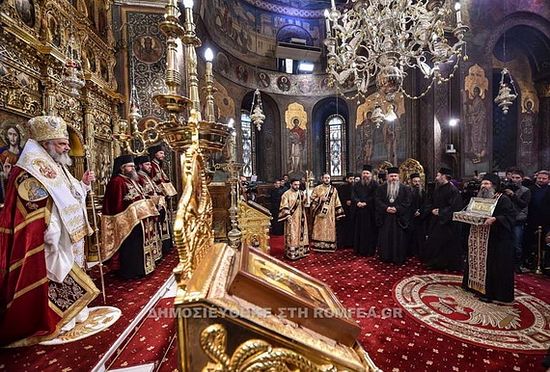 The relics are being accompanied by Archimandrite Elisei, Abbot of the Athonite Simonopetra Monastery.

His Beatitude Daniel (Ciobotea), Archbishop of Bucharest, Metropolitan of Muntenia and Dobrogea, and Patriarch of the Romanian Orthodox Church, at the cathedral church of the Patriarchate of Romania in Bucharest together with the assembly of clergy and laity solemnly received the relics from Holy Mount Athos and the Athonites who were accompanying it. 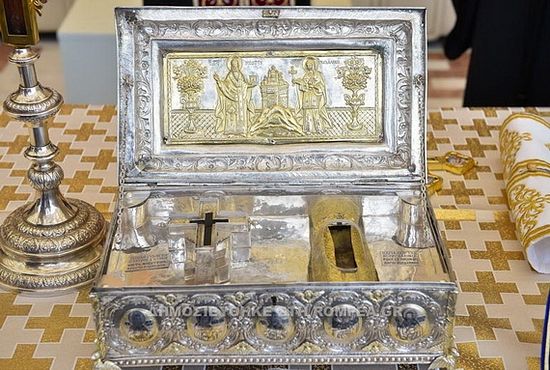 According to a report by Romfea.gr, expressing his gratitude to Archimandrite Elisei of Simonopetra, the primate of the Romanian Orthodox Church noted the old spiritual and historical links between Romania and the Simonopetra Monastery: through building of churches in the monastery by governors of Moldavia and Wallachia, and through St. Paisius Velichkovsky (1722-1794) who at one time was Abbot of the Simonopetra Monastery on Mt. Athos and who is deeply venerated in Romania. 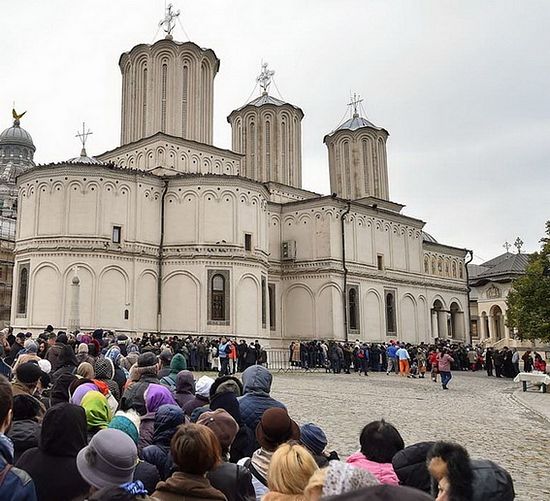 After Bucharest the relics of St. Mary Magdalene, Equal-to-the-Apostles, were brought to the eastern Romanian city of Iasi and placed at the cathedral of the Metropolitan See of Moldova and Bukovina. The relics are also to visit the Diocese of Alexandria and Teleorman (Romania) before returning back to the Holy Mount Athos. Romanian Pilgrims Flock to Saint's Shrine
Around 500,000 Orthodox believers from Romania and the region are heading to the northeast to the shrine of a miracle-working medieval saint.