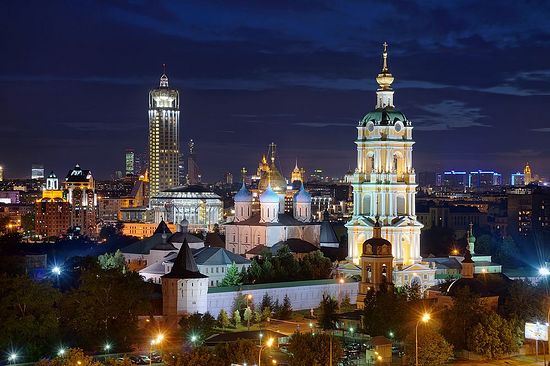 The alleged remains of two children of Russia's last Emperor Nicholas II, Tsarevich Alexey and Grand Duchess Maria, are in the Novospassky Monastery in Moscow, Sergey Mironenko, a member of the State Archive and a member of the governmental working group told Interfax.

"The remains have been given to the Russian Orthodox Church and are in the Novospassky Monastery," he said.

On Wednesday, the Russian government press service reported on the decision to transfer the remains of Tsarevich Alexey and Grand Duchess Maria from the State Archive to the Russian Orthodox Church for storage. The remains will be stored in the monastery until the end of the investigation.

Alexander Zakatov, director of the House of Romanov chancellery, told Interfax that the Moscow Novospassky Monastery is historically connected to the Romanov family.

"The sepulcher of the forefathers of the dynasty before its enthronement is located there. Future Patriarch Filaret Romanov was father superior of this monastery for some time. Additionally, the remains of Great Prince Sergey Alexandrovich, who was killed by terrorists, were transferred to the monastery in our time," Zakatov said.

The House of Romanov is led by Grand Duchess Maria Vladimirovna, who lives in Spain.

"Grand Duchess Maria Vladimirovna loves all churches and monasteries, but this monastery is special. The remains of many of her ancestors rest there," Zakatov said.

"If there is at least some hope that the Yekaterinburg remains are related to the tsar's family, it is right that they have been provided to the Church and have now been placed in the Novospassky Monastery," a representative of the House of Romanov said.

The new genetic tests aim to resolve the issue of authenticity of the remains of Russia's last Emperor Nicholas II, his wife Alexandra and their children.