Looking back on 2015 with OrthoChristian.com 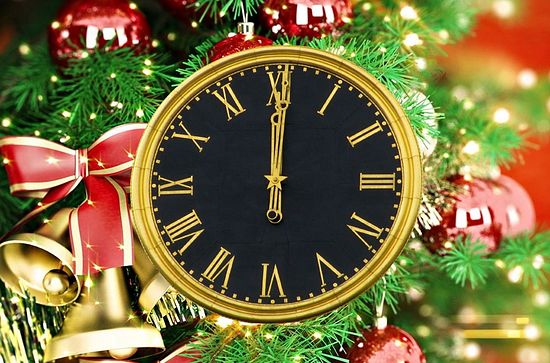 Another year is quickly drawing to a close, while the new is preparing to dawn upon us. Everywhere people will make resolutions for the coming twelve months in hopes of improving their lives and relationships. Every year, no matter how the prior passed, we look ahead to the new, filled with the expectation of something brighter, something better.

As Orthodox Christians, dedicated to living according to the Truth of Jesus Christ, we understand truly what it means to move ahead to something “better.” For those of us united to Christ in His Body, the Church, through the life-giving font of holy Baptism, we understand that He alone is that Light which brightens the world, and it is only as we move nearer to Him that we can begin to glimpse that better future. The divine Scriptures teach us put not your trust in princes, in sons of men, in whom there is no salvation (Ps. 146:3), and 2015, with its bloody conflicts throughout the world, further revelation of Planned Parenthood’s murderous practices, and the legislative march into Sodom, has taught us nothing if not that it is on Christ that we must singularly focus our gaze.

While the world and its moral compass changes as fast as time, Christ our God stands outside of time, the same yesterday and today and forever (Heb. 13:8), and it is this stability and constant Truth that provides the framework for our lives, and for understanding and navigating through the maze of modern life. OrthoChristian.com aims to provide our readers with such timeless truths to edify and inspire us on our paths of repentance—trusting not in sons of men but in the Son of Man. In view of this, we present here some of our favorite original pieces of the preceding year, offering commentary on the events of the year and other soul-profiting material from the well-spring of Orthodox wisdom, a review of which can serve to spring us into the coming year with a renewed focus on Christ and our never-ending path towards Him and towards a “better” and “brighter” future.

Now let’s have an OrthoChristian look back on 2015!

Transcending all controversy now surrounding the Black-Azov Sea peninsula we have Holy Hierarch Luke of the Crimea:

And in general, the wound that is the war in Ukraine has affected all Orthodox Christians deeply, including Georgian Metropolitan Nikoloz: 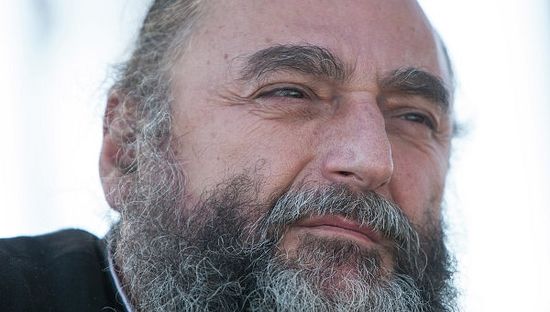 What’s Happening in the Ukraine is a Tragedy For All

A Brutal Ordeal. A Monk Talks About His Torture

Certain events in the Ukraine were foreseen by holy men:

St. Lawrence Of Chernigov: Some Prophecies And Statements On The Ukrainian Situation

One of the major topics of 2015 that Orthodox Christians cannot keep silence about has been the rapid change in legislature in U.S. and other countries to legalize unions that contradict God’s law: 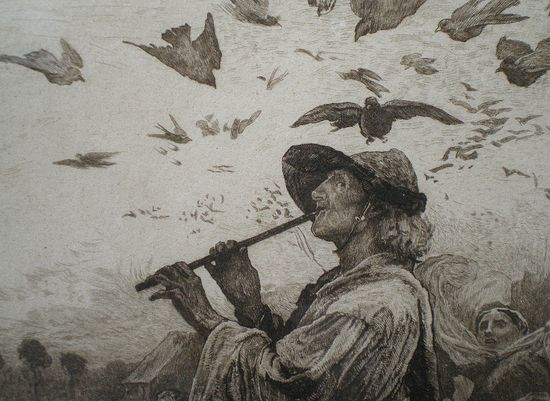 The Pied Piper of Hamelin. Fragment of an engraving produced from the painting by George Pinwell.

Against The Myth of the Byzantine Gay Marriage Rite

We have also seen a terrible human tragedy drama unfolding in the Islamic world. A hierarch of a mostly Moslem Central Asian country, Bishop Pitirim of Dushanbe and Tadjikistan had some profound words to say about Europe, Russia, and Isam.

The Folly of Comfortable Christianity 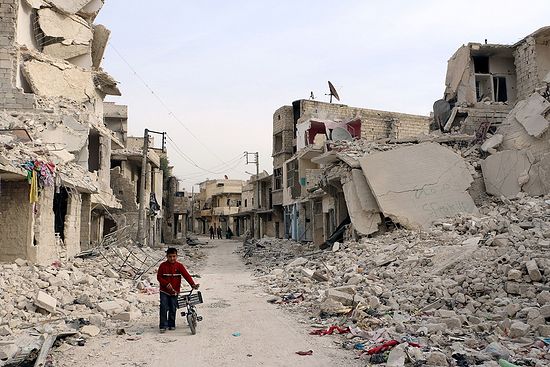 And a representative of Conscience International, Orthodox Christian Isaac Clifford Gardener talks about the situation on the ground in the Middle East:

But despite all the unfortunate news of 2015, Orthodox Christians have had many causes to give thanks to God. Our Sretensky Monastery, for example, received a new bishop—the abbot and Father Superior of Moscow’s Sretensky Stavropegic Monastery, Archimandrite Tikhon Shevkunov, was consecrated Vicar Bishop of Egoryevsk. Meanwhile, he is still the Superior of Srentensky:

“Go In Peace to this Cross-Bearing, Sacrificial Labor!” His Holiness Patriarch Kirill’s Homily at the Consecration of His Eminence Tikhon (Shevkunov) 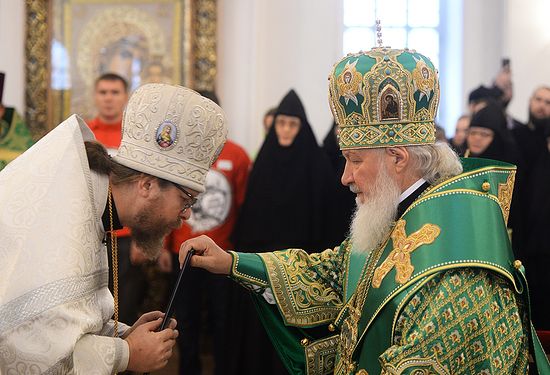 Here are a couple of popular articles we posted about Bishop Tikhon’s patron saint:

The Quiet Courage of Patriarch Tikhon

“Patriarch Tikhon is One of the Greatest Universal Saints.”

And one sermon Bishop Tikhon gave after becoming a bishop:

And Bishop Jovan (Vranishkovsky) of Ochrid was freed from prison: 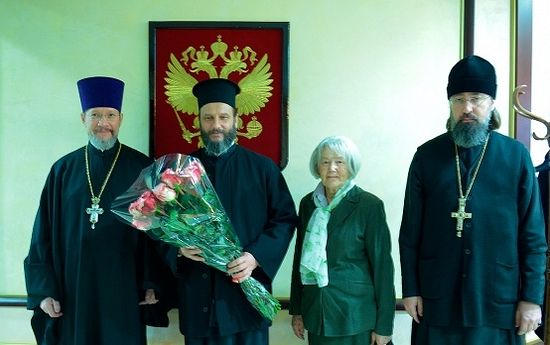 Archbishop Jovan arrives in Russia after being freed from prison.

My Freedom in Prison

This past year, OrthoChristian.com also began publishing translations of an excellent program on Spac (Savior) TV, hosted by Fr. George Maximov. People talk about their unique “Path to God”—how they came to Orthodoxy. Here are a couple of our favorites: 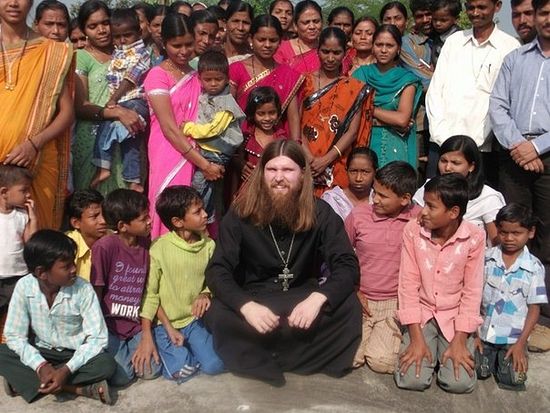 "God Told Me, You Must Convert to Orthodoxy!"

“You Need to Get Used to Orthodoxy.”

And here are some of our favorites from the rubric, “Orthodoxy Around the World”: 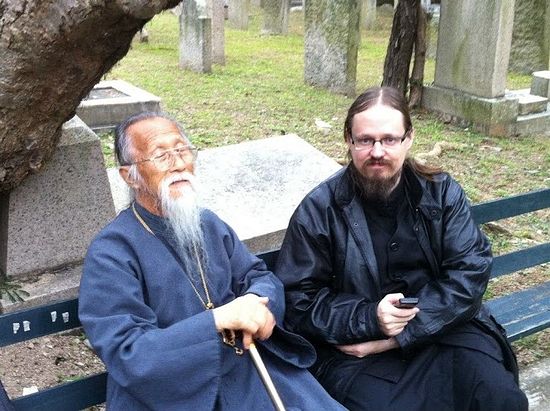 The Last Priest of the Peking Mission. A Talk with Archpriest Michael Li

If Jesus Is God, Let My Daughter Be Alive! Notes About Indonesian Orthodoxy 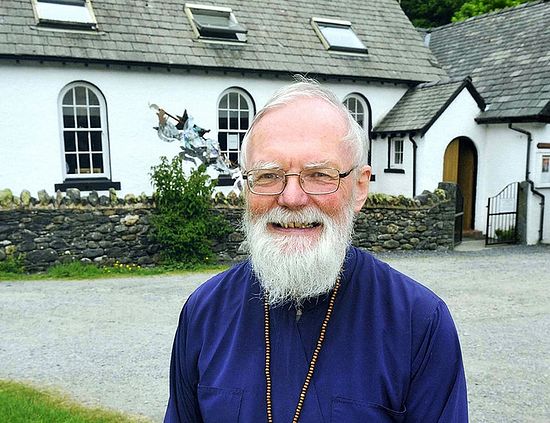 An Interview with Fr. John Musther Of Cumbria. “Christ Won the Battle and Made My Heart Orthodox!”

“The Indian Mission Will Be the Most Fruitful Mission in the World!"

I Believe in the Future of Orthodoxy in Indonesia

Finally, we would like to look back on some of our other favorite articles providing instruction, encouragement, and important information for Christians:

Why are There So Many “Bad” People in the Church?

How St. Xenia Helped a Woman Become an Iconographer

Patient Endurance is the Fruit Of Virtue, and it is Nourished By Prayer

Video: What is Orthodox Christianity? An Answer in Three Parts

In This Great Service: A Theological and Political Defence of Monarchy 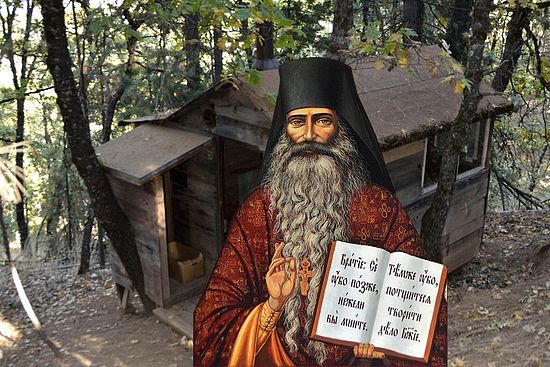 Russia and the West have Swapped Spiritual and Cultural Roles

Matushka Olga Michael: A Helper in Restoring the Work of God’s Hands

We wish all our readers a blessed Christmas season, and for the new year, peace, love, and joy in our Lord Jesus Christ!