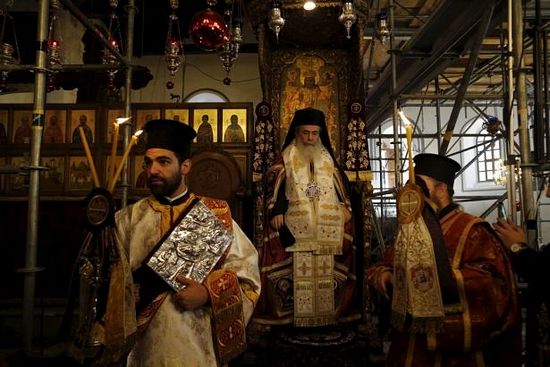 Palestinian Muslims are part of an ongoing international effort to renovate the Church of the Nativity in Bethlehem, which scholars believe is the birthplace of Jesus Christ.

The Associated Press said in a report on Tuesday that the team of Palestinian and international experts are leading the biggest restoration the historical church has received in close to 600 years. The restoration includes the removal of centuries of dust and structural repairs to windows and the rooftop, with workers being careful to preserve artwork and mosaics dating back to the Crusades.

"For the first time you can see, when you go up, mosaics really magnificent and beautiful and unique in the whole world," said Ziad al-Bandak, who leads the Palestinian committee in charge of the restoration. 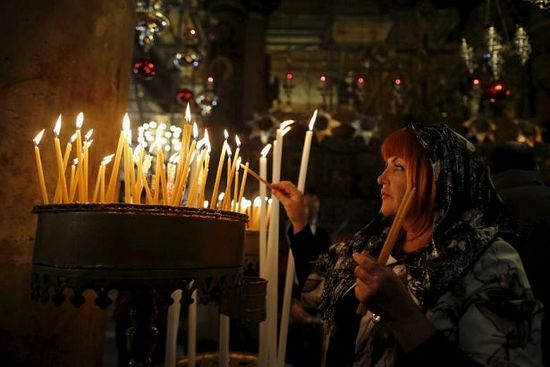 The church was built in the fourth century by Saint Helena over the location in Bethlehem where the Virgin Mary is believed to have given birth to Jesus.

The Church of the Nativity has been in need of repairs for some time, and has suffered a number of accidents over the many years — including one in May 2014, where a fire broke out after a candle ignited curtains in the church's grotto.

Church officials said that the fire was not arson, however, and added that there was some smoke damage to the walls, as well as reported damage to some icons of Mary and Jesus.

The AP noted that the holy site is revered by several different denominations withing the Christian Church and Muslim sects, and added that the Palestinian Authority has said it will help the Roman Catholic, Greek Orthodox and Armenian Churches fund the cost of the restoration.

The ownership of the church is shared by the above-mentioned Christian denominations, upholding a 19th-century agreement that assigned responsibility regarding its upkeep.

Al-Bandak said the different churches have been "very cooperative" over the restoration process, which is expected to take three years to complete, and noted that the renovations taken place already can be described as "revolutionary."

He added that an additional $11 million will be needed in terms of funding, though PA President Mahmoud Abbas has promised to help play a part in raising the funds.

"He told me from the beginning: 'Even if you don't have all the money to go ahead, start. This is a holy place and money will come,'" al-Bandak revealed. 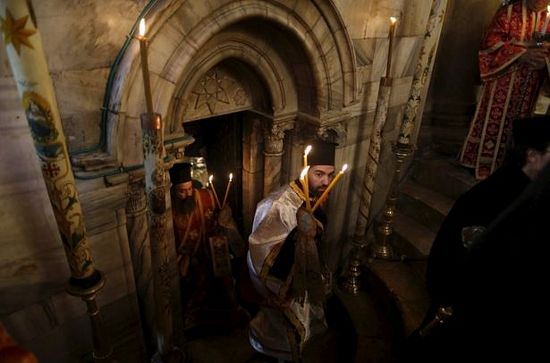 Palestinians Carry out Attacks against Town of Bethlehem on Christmas

Palestinians Carry out Attacks against Town of Bethlehem on Christmas
"We're in Bethlehem celebrating Christmas, celebrating the birthday of our Lord Jesus Christ. This is the birthplace of the King of peace so what we want is peace," said Rula Maayah, the Palestinian tourism minister. Habib2/24/2016 1:29 am
The Russians might be the only people left on this planet that can help bring these pathetic arabs out of the slums of their mind and back into Christ. They have ONE “arab” Archbishop in the Orthodox church Attalah Hanna who is a mouthpiece for Hammas and the free Palestine movement that has nothing to do with Christianity. If you close your eyes and listen to him speak you will hear an angry, muslim sounding man who never mentions Jesus, but Allah! With Christians like the Arabs of Jordan and Palestine who needs ISIS?

Habib2/24/2016 1:28 am
If you want to see just how sick Christians can get under the Islamic Arab yoke, please go and talk to the so called "Christian Arabs" in and from Palestine and you will see that the years of being Muslim slaves has really impacted every part of their critical thinking, their souls, their identity, their manhood as well as their very existence. They are so weak in their Christianity, and they know nothing at all about their history and how they got there. The vast majority of them have never read or learned about Christianity and what they have learned about their nationality comes from their Muslim overlords who have completely taken over any true and non-bias approach to the history of Palestine and rule the narrative. So when you speak to a typical "Arab Christian" from Palestine you will get hamas rhetoric without the terrorism at best and with the terrorism and worst! The Greek “uncle toms” (Greek Jerusalem Patriarch) that work with the muslim overlords are also a pathetic joke that have contributed to the weakness of faith found in these so called “arab Christians” since the only thing the greeks care about is keeping the Russians out of Jerusalem!
×