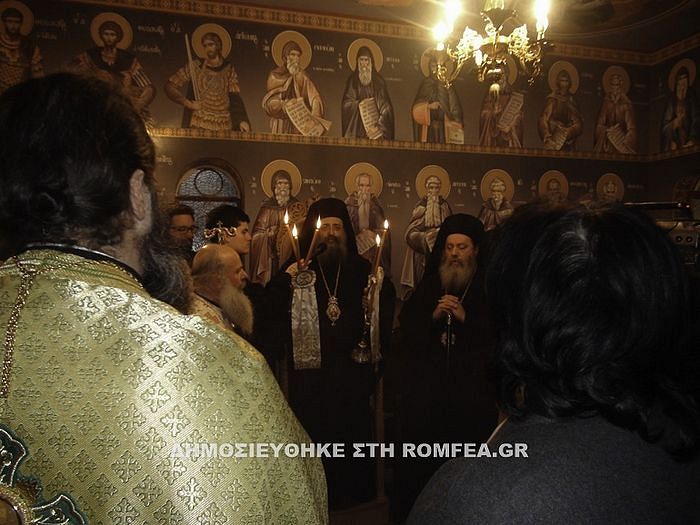 Metropolitan Chrysostomos of Patra has consecrated the church of the Venerable Paisios of the Holy Mountain (a chapel of the cathedral of Holy Hierarch Nicholas the Wonderworker), reports AgionOros.ru.

The day before, Vladyka, assisted by Bishop Chrysanthus of Cernica, served Great Vespers in the church. 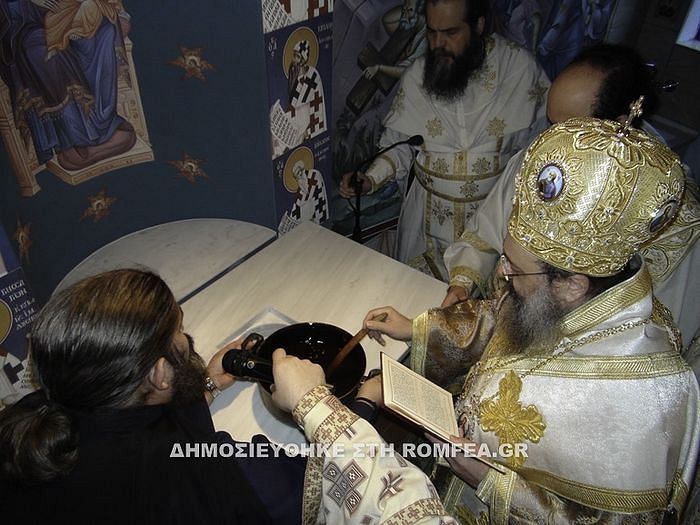 In his homily Metropolitan Chrysostom spoke about Venerable Paisios’ life of righteous struggle, “having become a magnetic pole for thousands of people not only from Greece, but from all ends of the earth.”

The following morning, following the consecration of the church the Divine Liturgy was served. 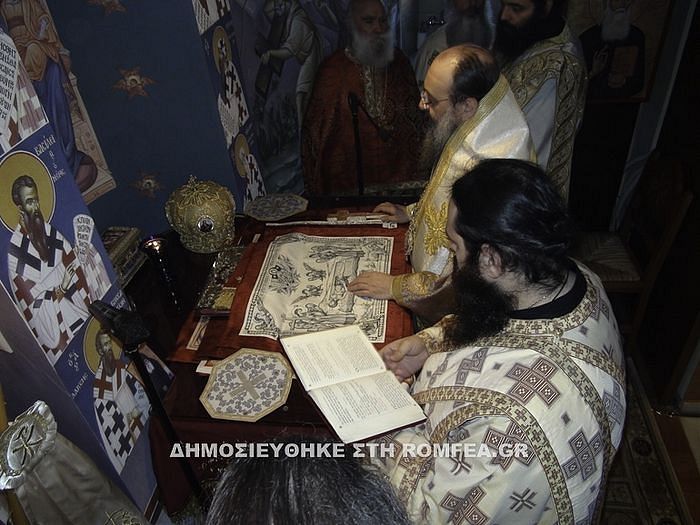 Addressing the faithful, Metropolitan Chrysostom called Venerable Paisios “God’s gift to Greece and all mankind. He became for us a consolation in these difficult times and evil days.”

The church in Patra was promptly built in honor of Venerable Paisios (in expectation of his then impending canonization, the date of which was unknown). Providentially, the main construction work was finished literally the day before the Patriarchate of Constantinople decided to glorify the elder.

On the morning of January 14, 2015, Metropolitan Chrysostom of Patra served Divine Liturgy in the church. The service was attended by many clergy and laity. All were able to venerate an icon of the venerable Paisios.

In 2016, after the completion of construction work, the church was consecrated.