A new church dedicated to Sts. Arsenios of Cappadocia and Paisios the Athonite has been built in the area of Ekale (near the Tsipeiou Stadio), Limassol, on the island of Cyprus, reports Pemptousia. 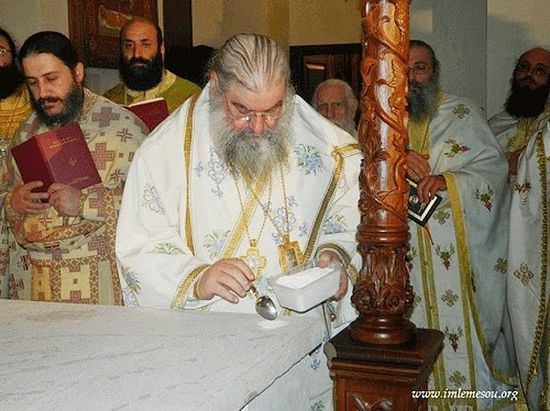 The solemn service of opening of the church began on 6 PM with the meeting of holy relics of martyrs (Sts. Herakleidios of Tamassos, Cosmas the Athonite, the New Martyr George of Cyprus). These saints’ relics were laid on three altars of the church dedicated to Sts. Arsenios of Cappadocia, Paisios the Athonite as well as Varahisios and Ionas (the church of these two Saints was the primary church in Farasa, Cappadocia, the birthplace of both St. Arsenios and St. Paisios). 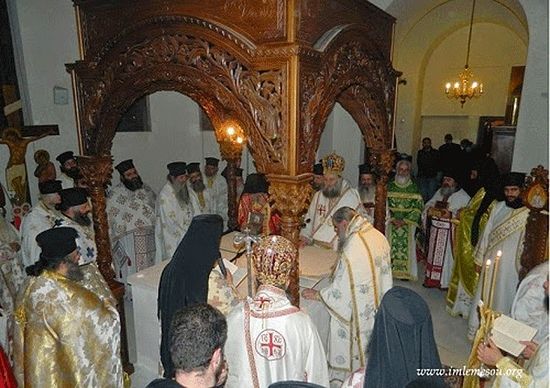 The festive vespers was celebrated by Bishop Nicholas of Amathountos. At the end of the vespers the bishop ordained the church priest, Fr. Michael Spanos, a presbyter.

The services were headed by Metropolitan Athanasios of Limassol with Bishops Epiphanios of Ledra and Nicholas of Amathountos concelebrating. 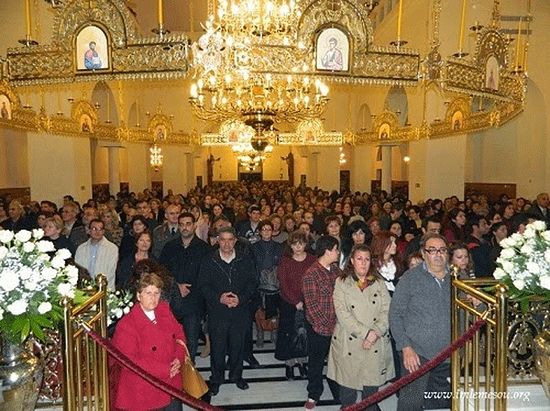 Remarkably, thousands of believers came to the church throughout the Vigil service. Moreover, the city mayor, members of the Parliament and other officials were present at the service. The choir of the Limassol Metropolis under the direction of Fr. Nicholas Limpuridis sang throughout the service.