Monument to Olga Constantinovna, Grand Duchess of Russia and Queen of the Hellenes, to appear in Greece 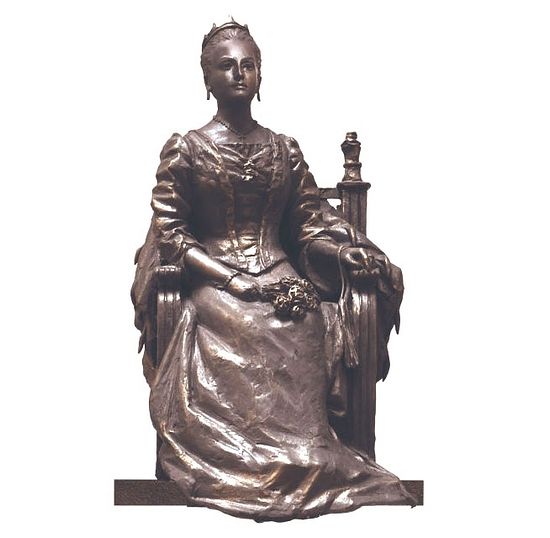 As part of the cross-cultural year between Greece and Russia and in connection with the 165th anniversary of the birth of Grand Duchess Olga of Russia, Queen consort of All the Hellenes, a monument to her will be unveiled in Thessaloniki as a result of the joint efforts of the Russian Federation’s Ministry of Culture, the Russian Military Historical Society, the Charitable Foundation of Ivan Savvidi, and the Federal National Cultural Autonomy of Greeks in Russia, reports the Russian Military Historical Society’s official website.

Queen Olga went down in Russia’s and Greece’s history not only as a lady of royal blood. Famous for her wide-ranging charity both in Russia and Greece, she was a true example of Orthodox ministry to the people. She opened hospitals (including military ones), orphanages, and infirmaries. During the Balkan Wars she presided over “The Hospital Movement” in Greece which gave support to the wounded, ran the Hellenic Red Cross, with Russian Navy sailors under her special protection.

Grand Duchess Olga Constantinovna (1851-1926) was the wife of George I of Greece. Her grandfather was Emperor Nicholas I of Russia, and her parents were Constantine Nikolaevich and Alexandra Iosifovna. Her brother was Grand Duke Constantine Romanov, a well-known poet.

The Queen consort devoted her energies to works of charity; in the city of Piraeus which had a Russian naval base she founded a naval hospital. Olga opened medical courses for women doctors which she herself attended as well. After the beginning of the First World War she moved to Russia where she worked in military hospitals and cared for the wounded. Olga Constantinovna inherited a love for the Russian navy from her father and she kept this love throughout her life. At the height of the war of the Balkan States with Turkey which began in 1912, King George fell victim to a terrorist attack. After his death, Queen Olga Constantinovna (who stayed in Russia up to the Revolution) resided, among other places, at the Strelna Constantine Palace (now within the city of St. Petersburg, overlooking the Gulf of Finland), then the family home of the Konstantinovichi branch of the Romanovs. In 1920, after the repose of her grandson Alexander and following the second accession to the throne of her son, Constantine I of Greece, Olga became Regent of Greece. She passed away in 1926. Initially her remains were buried in the crypt of the Orthodox Church of the Nativity of Christ and St. Nicholas the Wonderworker in Florence (the Greek Royal Family used a part of the crypt as a burial vault for monarchs in exile). In 1936, following the restoration of monarchy in Greece, the remains of Queen Olga were reburied at Tatoi Palace—an estate of the former Greek Royal Family near Athens.