“It Is Not a Job That Makes You into a Human Being”, Or How a Docker Brought a Man Back to Life 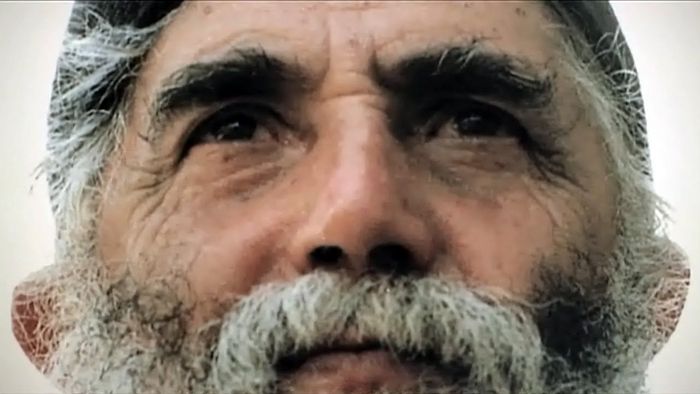 —Geronda [the Greek word for “an elder”], if somebody becomes anxious at work, what is the reason for this?

—Maybe he does not really love his job? If he has a positive attitude towards his work, then, regardless of his job, it will be like a feast day for him.

—Geronda, but if a person feels upset because he has to do some hard or dirty labor (for example, he works at a construction site, washes canteen cauldrons or does some similar kind of work), then what attitude should he develop?

—If he remembers that Christ washed His disciples’ feet (see Jn. 13:4-14), it won’t upset him any more. Christ did what He did, as if saying to us, “You should act this way.” Whatever you might do—wash cauldrons, or clean pots and pans, or dig the earth—you must be happy with it. After all, some people have to work with sewage because they cannot find any other jobs. They, poor things, have to work amidst filth and germs every day. But aren’t they human beings? Aren’t they images of God? One head of the family who worked as a sewer-cleaner achieved a high spiritual level. He eventually caught tuberculosis but, despite this, never gave up his work (though he could have done it) because he did not want others to be tormented by it like he was. This man preferred a low-level life, despised by everybody, and for that the grace of God was poured out on him abundantly.

It is not a job that makes you into a human being. I knew one ordinary docker who brought a dead man back to life. When I lived at the Iveron Skete, one day a man aged about fifty-five came to me. Having arrived late in the evening, he decided not to knock at the door and disturb the fathers; instead, he lay down outside to sleep. When the skete brethren saw him lying there, they immediately let him in and informed me about his arrival. “Why did you not ring the bell? We would have opened the door and accommodated you in a room of our guesthouse,” I asked him. “Don’t say so, father! How dare I bother the brethren?” he answered. Then I saw the radiance of his face and realized that he had achieved a high spiritual level.

In the same instant the “dead man” opened his eyes and began moving his hands. At the sight of this miracle the mortuary staff workers ran out in terror. Our docker took his relative back home and the latter recovered completely. And he lived in repentance for five more years thereafter. “Oh father! I am so thankful to the Almighty for His inexhaustible mercies! But who am I to receive such grace of God?” the man told me.

This man was very simple-hearted. And he also had such humility that the thought that he had brought a dead man back to life never came into his mind. He was profuse in his thanks to God for the great miracle that He had performed.

Many people feel unhappy and torment themselves as they fail to achieve vain glory and acquire vain riches in this world. They don’t take into account that this vain fame and wealth will be of no use in the true life—that is, in eternity. Moreover, it will be impossible to take all these things with us to eternity. What we will take to that true eternal life is our deeds (performed by us on earth), through which we will be granted the “foreign passports” for our future great and everlasting journey.

From the book Spiritual Counsels by the St. Paisios the Athonite, vol. 4, On Family Life.

St. Paisios the Athonite
Translated from the Russian version by Dmitry Lapa “If Laymen do not murmur they will receive the same reward from God as ascetic monks.”
St. Paisios the Hagiorite Vessel of Grace: The Life of Saint Paisios