Civil peace begins with us 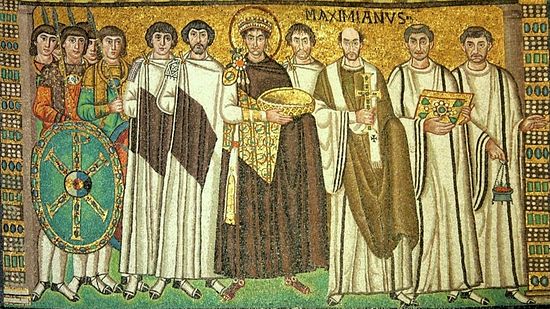 Orthodox Christians around the world have begun preparing for Lent — the annual season of increased prayer, fasting and alms that precedes Holy Week and the Passion and Resurrection of Christ.

For any who’d follow the tested rhythms of ancient Christianity, it’s time to get spiritually sober — fasting not only from food, but anything that takes our attention from Christ. And there’s nothing so intoxicating right now as politics.

Turn on the news and risk being sucked into the delusion that Armageddon is underway (The Doomsday Clock has even ticked closer to midnight: thanks, scientists!). Depending on your perspective, our new president may seem either a persecuted prophet, or a devil to be cast out and stoned so that our village might be ritually cleansed.

We’ve long banished proper Christian eschatology from the public square, but still crave the excitement of that epic showdown between good and evil. Stripped of legitimate theology, its dramatic form remains and is applied to American civil religion.

The sad and scary thing is we’ve seen this all before, in reverse. After former President Barack Obama’s election, we grappled with the mirror image of such contrasting messianic exhilaration and fanatical opposition. 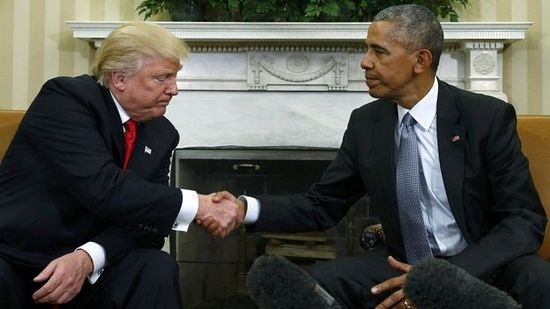 Some denied our then-new president was even constitutionally qualified for office, since “he wasn’t born in the U.S.” The retort to such sinister conspiracy was that he was born in a manger in Bethlehem.

Now tables have turned. No one’s bringing President Donald Trump gifts of gold, frankincense or myrrh, but for many who don’t even confess Christ, he’s the closest they can imagine to Antichrist. Political agitation is our modern substitute for unseen warfare.

But fighting Obama or Trump, or those who fight them, is no substitute for the real war within — to subdue our passions, love God and our neighbor, and acquire the spirit of peace so that thousands around us may be saved.

That’s where the real difference is made — in changing the one part of the world we’re truly responsible for: the infinite realm within. To some, this call to sobriety may smack of complacency with evil. But identify our current or former president with evil and you’ve already given in to evil’s delusion.

There can be no legitimate compromise with evil. It can only be eradicated. Apocalyptical opposition to one president thus gives way to similar opposition to another. I pray it never ends in violence.

Orthodox Christians also pray at every liturgical service for our civil leaders, whether we like or agree with them or not. This doesn’t mean capitulation to evil, but not using the term so casually that when real evil comes along, we’ll have nothing left to say.

Such an attitude could prove antidote to the extremes wracking our land. Time to lay down rhetoric, take a break from protest and counter-protest, and pray that civil peace begins with us. Lord, it’s time for Lent! “Fasting is Walking on Water”
Orthodox Pastors on Great Lent
Priest Nicholai Bulgakov
Fasting is a time of purification, repentance; a time that helps us leave this vain world in which we live from day to day without often thinking about what is most important. Time goes by and we are in the same place; the soul has not changed. So it would be good for us to make friends with fasting. After all, it gives us the most important thing—spiritual transformation.
Comments

Joseph Bell2/19/2017 10:47 pm
Christ Himself did not side with either the Roman occupiers or the leadership of the Jewish Temple, to conservative or liberal. He was inclusive of all people, but sided with God the Father and the Holy Spirit. To side with either the liberal or conservative political faction, that appears to exist in every nation, ultimately leads to a dead end.
Politics is NOT our religion and is not our foundation, God and the Orthodox Church are.
By the way the way, I am an Orthodox Christian and American of British descent. A little awareness of Greek history of the 20th century will show that the influence of these two nations has not been entirely detrimental to the existence of the Greek state.

Civil peace begins within me is a realisation i've had for a fair time although its practice is another matter. I've been passionate about politics for as far as i can remember. It is only in these recent years (in my early forties) that i've understood that for all the time we spend on it, it too is passing. Is it important in our lives? Yes. Is it important enough for us to be passionately subsumed by it? I don't think so.

My own following-the-media habits have changed as a result and i think rightly so. But i've also noticed that i tend to catch up on politics and other previous areas of interest (sports, e.g.) with some venom when my heart is upset. That the Bible and prayer books and prayers are readily available but not accessed at most times is a sad fact. The struggle continues. Keep me in your prayers Father.

p.s.
I'm from India and belong to the Malankara Orthodox Syrian Christian Church.

Anthony2/13/2017 9:55 am
And for those of us outside the US let us all pray for God to protect us and our beloved lands from said New Babylon and the antichrists of whatever persuasion who run their land. As Geronda Gavriil so rightly quipped to an Hellenic politician who wanted to know how to discern the will of God. Geronda said to the politician that whatever he sees the Amerikans and British doing, he must do the opposite. Therein lies the will of God.
×