To Become Bearers of God

A Homily on the Meeting of the Lord 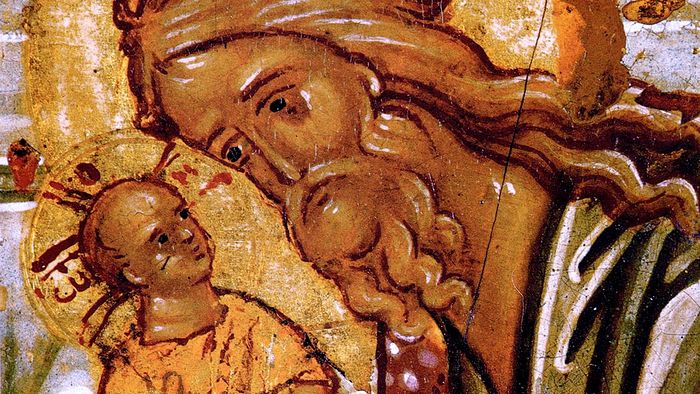 
In the name of the Father and the Son and the Holy Spirit!

Dear brothers and sisters, today we celebrate the glorious and joyous feast of the Meeting of the Lord. This feast is so named because the righteous elder Symeon, living in Jerusalem, met in the Jerusalem Temple the forty-day-old Youth the Lord Jesus Christ with His Most Pure Mother. This sacred event is described by the Evangelist Luke:

And when the days of her purification according to the law of Moses were accomplished, they brought him to Jerusalem, to present him to the Lord; (As it is written in the law of the Lord, Every male that openeth the womb shall be called holy to the Lord;) And to offer a sacrifice according to that which is said in the law of the Lord, A pair of turtledoves, or two young pigeons. And, behold, there was a man in Jerusalem, whose name was Symeon; and the same man was just and devout, waiting for the consolation of Israel: and the Holy Ghost was upon him. And it was revealed unto him by the Holy Ghost, that he should not see death, before he had seen the Lord's Christ. And he came by the Spirit into the temple: and when the parents brought in the child Jesus, to do for him after the custom of the law, Then took he him up in his arms, and blessed God, and said, Lord, now lettest thou thy servant depart in peace, according to thy word: For mine eyes have seen thy salvation, Which thou hast prepared before the face of all people; A light to lighten the Gentiles, and the glory of thy people Israel. And Joseph and his mother marvelled at those things which were spoken of him. And Symeon blessed them, and said unto Mary his mother, Behold, this child is set for the fall and rising again of many in Israel; and for a sign which shall be spoken against; (Yea, a sword shall pierce through thy own soul also,) that the thoughts of many hearts may be revealed. And there was one Anna, a prophetess, the daughter of Phanuel, of the tribe of Aser: she was of a great age, and had lived with an husband seven years from her virginity; And she was a widow of about fourscore and four years, which departed not from the temple, but served God with fastings and prayers night and day. And she coming in that instant gave thanks likewise unto the Lord, and spake of him to all them that looked for redemption in Jerusalem. And when they had performed all things according to the law of the Lord, they returned into Galilee, to their own city Nazareth. And the child grew, and waxed strong in spirit, filled with wisdom: and the grace of God was upon him (Lk. 2:22-40).

This is a wondrous narration, brothers and sisters. But let’s draw our attention now to the words: And Symeon blessed them, and said unto Mary his mother, Behold, this child is set for the fall and rising again of many in Israel; and for a sign which shall be spoken against.

My dears, our Lord Jesus Christ, to Whom these prophetic words of Righteous Symeon relate, appeared on earth not to set anyone for the fall or to be the cause of anyone’s perdition. No, He came to earth for the rising of all men, all peoples. He came to save all mankind, elevating all people to the moral heights befitting them, making them worthy of Heaven, to bring them to the Heavenly Father. Likewise, He did not come to earth to serve as a sign to be spoken against, and not to cause division between people and nations. On the contrary, He came to unite all people together, to become the One Shepherd of the whole human race. He came precisely desiring that all people would be saved and come to the knowledge of truth.

But people themselves, and their sins and evil inclinations were the reason why Christ came into the world for the salvation of all, becoming for some the author of their rising, and for others serving as the involuntary cause of their fall. He became a sign to be spoken against, as some received Him with joy, believing in Him as God, the Savior of the world, and loved His holy teaching and holy law, while others bitterly rejected Him, as an enemy of the truth and the good of the people. Thus His contemporaries related to Him, and so they relate to Christ all throughout the existence of the Christian Church, right down to our day: some with faith and love, and others with disbelief and hatred. And such relationships will be in every age, until the end of the world and His Coming: This child is set for the fall and rising again of many in Israel; and for a sign which shall be spoken against. 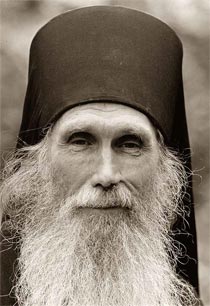 Archimandrite Kirill (Pavlov)
In fact, disputes about Christ began immediately upon His birth. Angels and good people greeted His birth with jubilation and doxology, seeing in Him the joy and glory of Israel, while others, along with Herod, sought to kill Him. With the preaching of His Gospel Christ heralds to man the Divine truth and the holy law of love and good deeds. And what do we see? Some accept His teaching, beholding His deeds with reverence and becoming His disciples, but others become embittered against Him and spread their enmity and hatred for Him, to the point of condemning Him to terrible suffering and nailing Him to the Cross. His saving death and glorious Resurrection did not end the division of people into saved and damned: some of the witnesses of His suffering and death came to their senses and were saved, but others perished in their bitterness.

These prophetic words of Righteous Symeon: This child is set for the fall and rising again of many in Israel have been confirmed over the past twenty centuries. And in our time, as in all times, Christ is the cause of falling for some, and or others for their rising, and He serves as a sign to be spoken against. It is worthy of tears, brothers and sisters, that our sweetest Lord, coming to give men happiness and joy, laying down His priceless life out of love for mankind, becomes a cause of conflict, triggering the most genuine of animosity in some. Christ lies in the path of all men, occupying in human life and destiny such a position that wherever people go, they certainly meet Him, and having met Him, they either rise up, grounded upon Him, or they stumble because of Him and fall. Behold, this child is set for the fall and rising again of many—not only in Israel, but for all mankind; He was a subject of controversy not only for His contemporaries, but for people of all times and nations.

Dear brothers and sisters, in addition to absorbing this Divine truth, the present reading and feast teach us many useful and good things in relation to our own lives. When Righteous Symeon, who, according to Tradition, lived for 360 years, as it was foretold to him that he would not see death until he saw Christ the Savior, took the Christ Child into his arms, his spirit rejoiced and sang a wondrous song: Lord, now lettest thou thy servant depart in peace, according to thy word: For mine eyes have seen thy salvation (Lk. 2:29-30). His eyes saw the salvation of the world, and therefore he quietly and peacefully welcomed his peaceful death. But that each of us would be able to sing such a song at death, we must become God-Receivers and God-Bearers.

Righteous Symeon was found worthy to be such not only because he received the Youth in his arms, but particularly because he bore Christ in his heart together with the Father and Holy Spirit. Thereby, not only the elder Symeon has been granted the high dignity of bearing Christ in his arms and being a God-Receiver, but many others have been able to know this honor. If a man love me, said the Lord, he will keep my words: and my Father will love him, and we will come unto him, and make our abode with him (Jn. 14:23). And in another place: Behold, I stand at the door, and knock: if any man hear my voice, and open the door, I will come in to him, and will sup with him, and he with me (Rev. 3:20).

That means, for us to receive this high dignity, only one thing is required of us: that we love Christ and observe His holy commandments and not lock up our hearts when He comes to us knocking, or through His word being sent down for our correction, or through some sorrow.

What made Righteous Symeon worthy of becoming a God-Receiver and God-Bearer? That he was a righteous man, awaiting the consolation of Israel (Lk. 2:25), that he lived according to the law of God and bore the awaited Messiah in his heart even before receiving Him in his trembling hands. If this had not been in Righteous Symeon then he would not have been vouchsafed to receive Christ in his arms, or, if he would receive Him, he would not have praised Him with such a welcoming song: Lord, now lettest thou thy servant… After all, the external touch of Christ, and touching Him without internal faith and love is useless. Many Jews handled Him and touched Him, but it did not bring them any benefit. From this it is clearly seen that only those who observe the commandments of Christ and love God may be called God-Bearers.

Let us, brothers and sisters, strive for this high honor. Let us manifest our love for the Lord by the observance of His holy commandments, that the Lord might build Himself a bright habitation in our hearts, that we might become God-Bearers in our lives, and that at our departure from this temporal life to life immortal and eternal we might be able to sing from our whole heart like Righteous Symeon: Lord, now lettest thou thy servant depart in peace. Homily On the Meeting of the Lord and the Purification of the Panagia
Igumen Gregory (Zaiens)
"Keeping the purity of our all-holy Lady Theotokos in mind let us increase our love for her and also strive for this virtue of purity. Through her prayers combined with our struggles, may Christ our God purify us from the defilement of sin and passions, and so make us worthy in the life to come with faces unashamed to look upon Him, together with His unoriginate Father, and His most-holy, good and life-creating Spirit, throughout the endless ages, world without end. Amen." Does the Pure One Have Need of Purification?
We see here that the KJV erroneously translates this verse to read "days of her purification". However, a puristic translation of the text would be translated as "days of their purification".
Comments
×