Priest given $51,000 for church debt after praying before icon 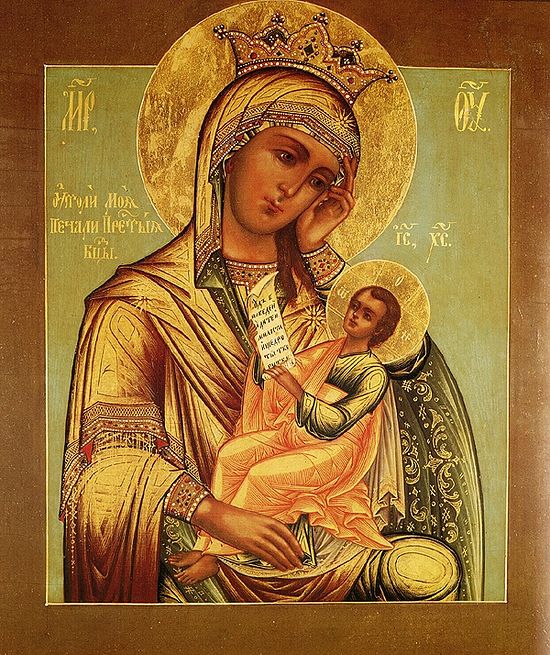 In an interview with the “Cross Bridge” newspaper, Igumen Sergius (Ribko), rector of the Church of the Descent of the Holy Spirit in the Lazarus Cemetery in Moscow, told about how he came into a rather large sum of money after spending time in prayer before an icon of the Mother of God, reports Interfax-Religion.

“We were building a church, and suddenly they were demanding a large sum of money to immediately pay back our debt. What could I do? At that time I went to Kaluga and stayed overnight with a priest I know. I lamented to him about our financial problems, and he advised me to go to St. George’s Church and pray before the ancient icon of the Mother of God “Assuage My Sorrows,” Fr. Sergius related in the interview.

His priest friend had told him of a difficult situation he had found himself in a few years prior, and that, after an hour of prayer before the icon, a stranger came and offered him precisely the amount of money he needed.

“I heard this story and I said: ‘Go, father, and immediately ask for the money!’ I served a Moleben and returned to Moscow. And after a few days our accountant ran up to me: ‘We received 3 million rubles (about $51,000—ed.) from some unknown person!’ In the end, we returned our debt and the church was finished,” Fr. Sergius noted.