"Today is radiantly adorned the most glorious city of Moscow" 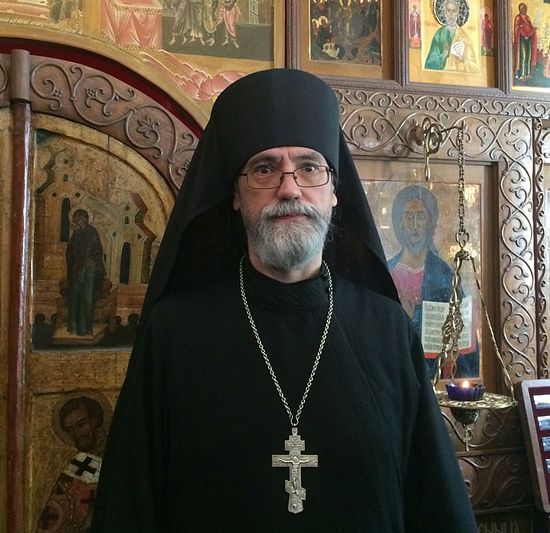 I greet you, dear brothers and sisters, with the joy of the feast of the prayerful and grateful memory of the grace of God, given to our ancestors in the faith and accomplished by their prayers before the Vladimir Icon of the Mother of God.

“Today is radiantly adorned the most glorious city of Moscow”—so begins the main hymn of the fеast in honor of this icon. But how can a city be adorned in which sin and vice coexist next to the walls of our churches, and the temptation of sin and the pride of life are openly exhibited as the height of happiness of which man should dream in this life?

Is there not a beautiful hyperbole in this hymn? Was there not untruth when it was sounded in those days when the Christian faith itself seemed it would be wiped off the face of New Rus’, already turned red from the spilled blood of the people? And it even seemed to some pious Christians, before the face of this tribulation, that everything passed away and that only a small hierarchy and group of clergy were preserved, and the people of God themselves—the grandmas and grandpas—were Rus’ last breath.

But decades have passed, and the Orthodox faith lives, because it’s not just about an earthly and temporal city, but the Heavenly and holy city, and its inhabitants—the saints—sing this troparion as ones transfigured.

And we, the inhabitants of this earthly city—of Moscow, and all other Russian cities and villages—only aspire to the holiness of these righteous ones.

It is for their sake, the righteous and God-pleasers—known and hidden from us—that the Russian land stands and the Russian Orthodox Church is adorned. These saints, strengthened and protected by faith, as a city protected by fortress walls, perceive the sanctifying ray of God’s grace, and they offer their prayers for us.

And the first to whom they turn—both heavenly citizens, and us—citizens of the earthly Fatherland—is the Most Pure, Most Blessed and glorious Lady the Theotokos—the Most Pure Mother of God.

Faith that she hears us gave them then and gives us now the strength to thus glorify the Heavenly Queen before her icon. And although the original Vladimir icon of the Mother of God was allowed by God’s Providence to be taken from the faithful and held in storage behind strong museum walls, faith, hope, and gratitude, and love for God for all His great blessings, for all His mercy, and for all sorrows and trials which He sends, were poured out in an innumerable multitude of tears and prayers to the Mother of God.

And the Champion Leader helped the Orthodox people many times.

And today’s feast is a day of prayerful gratitude for deliverance from the threat of Moscow’s complete annihilation during the 1521 invasion of the Crimean Khanate hordes, with many allies.

And again, as before, the unseen hand of God, by the prayers of the Heavenly Queen, placed a boundary across which not even a host of 100,000 could cross.

But it’s not only the city of Moscow that rejoices now.

Today the fathers and brothers and people of God in the Pskov Caves Monastery prayerfully honor their own sacred object—the miraculous icon of the Heavenly Queen.

A multitude of other miracles of the all-powerful help of God by the prayers of the Queen of Heaven are preserved in the memory of our Church calendars, and in the histories of our cities, villages, and of the whole of our country!

Thus does the Theotokos intercede for all who call upon her; thus does she hasten to render aid.

One of the last Optina elders, Nektary, spoke of the history of mankind that “it shows us how God governs the nations and gives as if moral lessons to the cosmos”—He gives moral lessons to man.

And blessed is that people and that man who are guided by the Lord and fulfill His will as their own.

An example of such spiritual wisdom and foresight for us is the holy Equal-to-the-Apostles Emperor Constantine, whose miracle is celebrated today, who in the appearance of the sign of the Cross saw the blessing and power of the peace of Christ.

An example of spiritual courage is St. Helen, the emperor’s mother, who at the age of sixty, not saying it was too late to change, changed her way of life, adopting Christianity under the influence of her son, and fearlessly directed her steps towards Christ. And the Lord gave her such strength of apostolic zeal that by her labors the wood of the Cross was found, which takes root in the soil of man—in the Church of God—and, growing in the hearts of Christians, gives abundant fruits of sanctity and virtue.

And the history of Holy Rus’ is not just the beautiful story of a past life, but it also has its dramatic pages.

There is a tale about a fearful, terrible vision revealed in those days to one aging nun and Blessed Basil, connected with today’s celebration. The departure of Moscow hierarchs from the Kremlin, who took the Vladimir Icon of the Mother of God and other sacred items with them, as God’s punishment for the sins of the inhabitants, was revealed to them.

And only St. Sergius of Radonezh and St. Varlaam Khutinsky besought the saints not to leave, but to serve a moleben before the Vladimir Icon of the Mother of God for the salvation of Moscow.

But after a century, because of the measure of man’s sin, a new trial was permitted upon the Russian land.

What was it? Did the mercy of God really leave us? No, but the prayerful protection of the Heavenly Queen was driven back at this time by human unbelief and arrogance, and a time of untold troubles for both believers and unbelievers began. But, as the holy Elder Alexey who labored at Zosima Hermitage in the 1920s would say, it often seems that the events of history and what happens with us are as if counter-productive and even in direct disagreement with Divine laws. But it was the suffering of the masses, the suffering of the people from unbelief that was Christ’s gift, by which all of society was cleansed from the sin of unbelief.

In ancient times, the summer was a time of enemy raids. Therefore, all celebrations dedicated to the Vladimir Icon, fall in this time. And the time of our spiritual growth, and the time of maturation of our spiritual crop can be likened to summer—it is also the time of the attacks of our enemy and opponent, the devil; it is the time for spiritual maturity and spiritual fruit-bearing, exercises in courage in the battle against sin, and an affirmation of loyalty to God.

And whatever we have to endure at this time, whatever sufferings and temptations, let us preserve in our hearts the most important sacred object—the Orthodox faith, as our pious ancestors kept it, laying the cornerstone of their salvation upon Christ.

And then always—in the days of spiritual celebrations, as today, and in everyday life—upon us will shine as the dawn of the never-setting sun, the grace of the Heavenly Queen, by whose prayers Christ the Savior delivers this city and all cities from all evils, and Christian countries are saved unharmed from all enemy slander; and our souls will be saved, for He is merciful. The Heavenly Intercessor
It was morning, but the inhabitants of Moscow were already on their feet and heading for the Kuchkovo field, where now stands the Sretensky Monastery. What happened then? Why had the people forgotten everything, disturbed to the depth of their souls, and come to such a movement? In Russia there is a saying: “Whoever has not been to sea or in a storm has never prayed to God.” Spiritual Tradition of Muscovy. A Poem.
Alexander Solodovnikov
As recorded in the Menaeon of Saints, during an attack on Moscow by the Tatar hordes in 1521, a blind nun of the Ascension Convent had a prophetic vision. The following is a poem in English translation on this theme by the outstanding Russian religious poet, Alexander Solodovnikov (1893–1974).
Comments
×