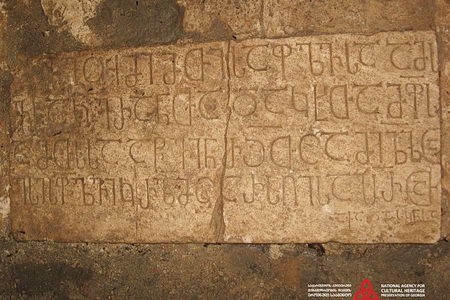 Restoration work at a 9th century Georgian monastery has led to an exciting discovery. A grave has been uncovered in the St. John the Baptist Monastery in the village of Kalauri in eastern Georgia’s Gurjaani Municipality during the course of the rehabilitation, which possibly belongs to the prominent 11th century eastern Georgian king Kvirike III, reports agenda.ge. 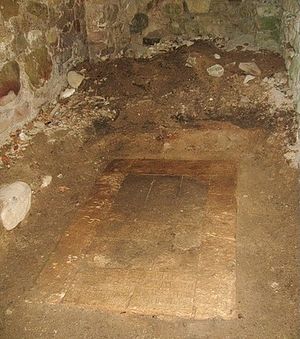 Photo: agenda.ge
The discovered burial place features an epitaph bearing the name of King Kvirike, which historians believe refers to Kvirike III, also known as Kvirike the Great of the Kakheti-Hereti Kingdom. A statement by the National Agency for Cultural Heritage Preservation of Georgia said that the epitaph included an “extensive text in Asomtavruli,” the oldest of the three Georgian scripts, which refers to the ancient monarch.

King Kvirike’s burial site, built with cut stone, was unearthed in the southern section of the monastery. Experts will study a copy of the epitaph over the next few days before the cultural heritage agency commences archaeological work at the site of the discovery.

King Kvirike III’s rule (1014-1037) saw the unification of the Kakheti and Hereti Kingdoms, but also the separation from the rest of Georgia, although the king joined forces with rulers of the united Georgian dominion against common threats, including the Byzantine Empire. Kvirike’s kingdom lasted until 1104, when King David IV merged it with his united Georgian domain. 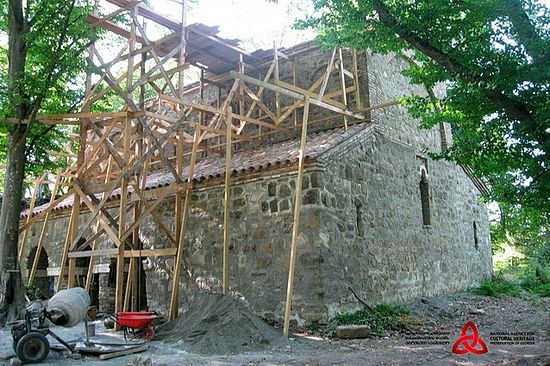 Mtskheta among the 20 most beautiful heritage sites of UNESCO
The former capital of Georgia referred to as the spiritual heart of the country, has three picturesque, cliff top medieval churches.
Comments
×