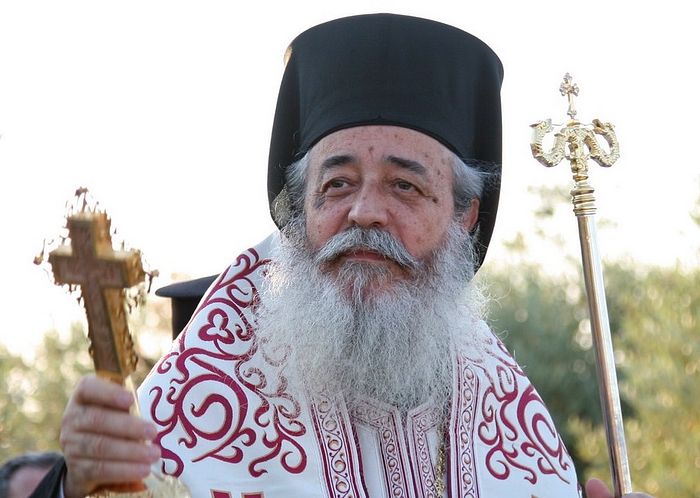 Several hierarchs of the Greek Orthodox Church have recently spoken out on important topical issues, decrying the current Greek government’s attempts to secularize Greece and move it away from Orthodoxy, reports AgionOros.

According to Metropolitan Nicholas of Fthiotida, the authorities “are subverting the spiritual foundations of society and trying to transform our eternal institutional values. Their end goal is the imposition of a secular status and godless state upon Orthodox Greece.” According to the bishop, the authorities aim to “limit and weaken the Church” and expel it to the periphery of public consciousness, under the pretext of protecting religious minorities, whose rights are already guaranteed by the Greek constitution.

The political elite in the majority “prefer that Greece would be a godless state, and the Church would become a mere cultural and memorial factor,” Vladyka Nicholas emphasized.

Met. Nicholas’ attitude towards the current Greek government has significantly changed in the past few years. In March 2015, answering the question, “Have relations between the Church and the state changed since the formation of the new Greek government?” he stated, “Despite what they said during the election campaign and the position declared by the Syriza ruling party, relations between the Church and the state have not worsened. We are collaborating with this government no less than with the previous one.” Several hierarchs have been speaking out against the ruling authorities over the past several years, having seen their true motives.

Metropolitan Nektarios of Kerkyra (Corfu) has also expressed concern over the current situation in Greece. According to the bishop, “Various foreign decision-making centers, with the connivance of those who are Greek in name but not in deed, are trying to uproot the Orthodox faith, to rewrite history, and to replace the Greek language. This war is being carried out because they hate Greece—the country which gave the light of civilization to the European peoples.”

Vladyka Nicholas and his diocese have been active in helping the needy over the past several years, during the Greek economic crisis. In 2014, the hierarch announced that families with many children would receive 1,800 euros ($2,400) and 36,000 euros ($48,600) would be given to charity.

Greek MP Asks God’s Forgiveness for Voting for Same-Sex Civil Partnership
“God forgive me. This weighs heavy on me. Please pray for God to forgive me,” he was quoted as saying.
Comments
×