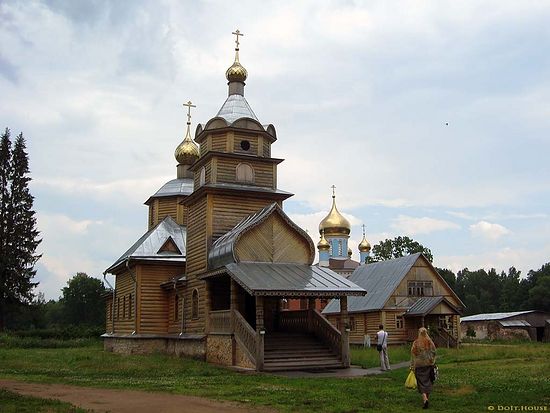 On an official visit to the Romanian Orthodox Church last week, His Holiness Patriarch Kirill of Moscow and All Russia spoke of the rebirth of Orthodoxy in both Russia and Romania, following the fall of communism in both countries. According to the primate, the number of faithful included in the flock of the Russian Orthodox Church worldwide has reached 180 million, reports RIA-Novosti.

Patriarch Kirill landed in Romania on Thursday to take part in the celebrations for the 10th anniversary of the enthronement of Patriarch Daniel of Romania, and to transmit to the faithful of the Romanian Orthodox Church a reliquary with a piece of the relics of St. Seraphim of Sarov, who is also greatly loved in Romania. His Holiness also took part in a solemn session of the Romanian Church’s Holy Synod dedicated to the memory of the defenders of Orthodoxy during the atheistic years of communism in Romania. The event was attended by heads and representatives of the Orthodox Churches of Bulgaria, Georgia, Czech and Slovakia, Albania, and Serbia.

At the session, Pat. Kirill stated that the number of the faithful of the Russian Orthodox Church numbers 180 million throughout the world, adding that about 75% of Russians consider themselves Orthodox. He also noted that the Russian Orthodox Church currently has 36,000 parishes and 1,000 monasteries, in addition to 56 theological academies and seminaries, in addition to other educational institutions.

By comparison, Pat. Kirill noted that the Russian Church had only 6,000 parishes and 21 monasteries in 1988, and five theological schools.

“What is happening now is a miracle, because in the external circumstances of the Russian Orthodox Church’s existence during the Soviet years it was impossible to see any basis for such rapid rebirth,” the patriarch added.

The jurisdiction of the Russian Orthodox Church includes Russia, Ukraine, Belarus, Moldova, Azerbaijan, Kazaskhstan, Kyrgyzstan, Latvia, Lithuania, Tajikistan, Turkmenia, Uzbekistan, and Estonia, as well as parts of China, Japan, and Mongolia, and parishes scattered throughout other countries of the world.