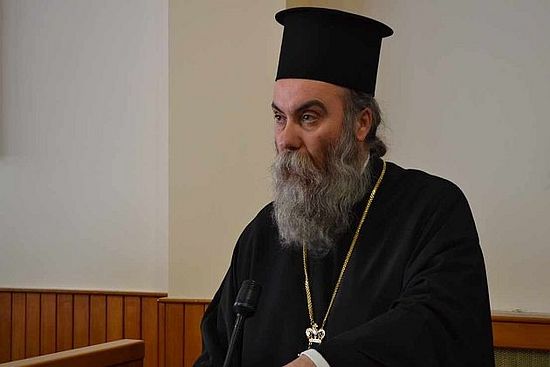 Metropolitan Amphilochios of Kissamos and Selino, Crete, has spoken out against the Greek government’s plan to open a number of casinos in several areas throughout the country, seeing them as part of a move towards anarchy in the nation, reports AgionOros.

“Information has been published about the decision to create gambling houses on Crete and in many other regions of our Motherland,” the hierarch begins. “This is all done under the guise of ‘development’ of the region and the ‘popularization’ of Crete by attracting fans of gambling.

It was also reported that players will be able to take up to 50,000 euros ($61,000) in credit from the casino. “Why?” Met. Amphilochios asks. “Perhaps to help them destroy themselves?” he replies.

“We have turned into an uncontrolled and uncontrollable state, which constantly makes laws conducive to this anarchy,” the metropolitan laments.

In His Eminence’s estimation, the cause of this phenomenon is that “society has lost heart and satisfies itself with rationalism, has forsaken natural life and become enslaved to technology, and has lost God and exists in slavery to vanity, lust for big profit, the pursuit of well-being, and prosperity.”

Perhaps modern civilization has beheaded modern man so that he would correspond to its own spiritual demands, Met. Amphilochios ponders. “And then it seeks to recover from the consequences of the decapitation by human means and ideologies?” he adds.

“Perhaps, it’s frivolous and immature for every adult and thinking person to accept without hesitation the ideals and patterns of behavior of a civilization which is more like a civilization of death rather than a path leading to hope and light?” His Eminence concludes. Greek hierarchs: “Politicians are trying to destroy Orthodoxy in Greece”
According to Metropolitan Nicholas of Fthiotida, the authorities “are subverting the spiritual foundations of society and trying to transform our eternal institutional values. Their end goal is the imposition of a secular status and godless state upon Orthodox Greece.” Conflict between Greek Orthodox Church and state growing: gov’t renames St. Andrew’s Hospital
Metropolitan Chrysostomos of Patras has sent an open letter to the Greek Minister of Health Andreas Xanthos, expressing his disagreement with the renaming of St. Andrew’s Hospital in Patras. Belittling of family institution, abortion, and relativism place Greece on brink of demographic catastrophe—Metropolitan Ignatius of Demetrias
Demographic studies predict that the population of Greece will decrease by 500,000-1,000,000 over the next twenty years, according to the report of one Greek hierarch at a recent conference in Athens. Greece is a sinking ship in need of Christ: Abbot Gregory of Dochariou, Mt. Athos
Agionoros.ru has published extracts from a topical article from Abbot Archimandrite Gregory (Zumisa) of Mt. Athos’ Dochariou Monastery in which he recounts Greece’s glorious past, contrasting it with its lamentable present, and calls them to return to their former glory.
Comments
×