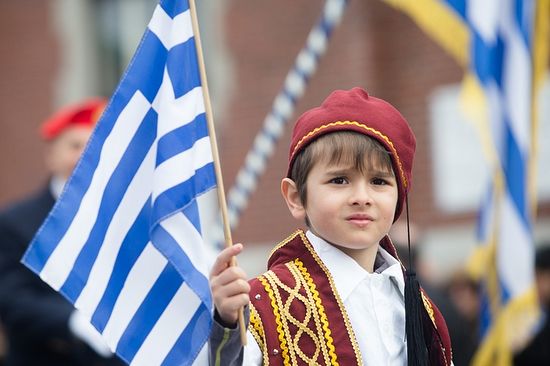 An agreement on new criteria for receiving family benefits was reached recently in negotiations between the Greek government and the “troika” of international creditors, which consists of the European Commission, the European Central Bank, and the International Monetary Fund. The result is that thousands of families will no longer be eligible for benefits, reports AgionOros.

More than 70,000 families, not meeting the new criteria, will no longer qualify to receive benefit payments.

Since the beginning of the Greek financial crisis, family benefits have been constantly shrinking, and in 2013 the tax incentives for minors were canceled.

According to demographic research, the population of Greece will reduce by 500,000-1,000,000 in the next twenty years.

“Our demographers say that in 2030 the population of Greece will be 8 million, while the population of neighboring Turkey will reach 100 million, and Albania—16 million residents! We are facing a national catastrophe,” says Metropolitan Ignatius of Dimitriados.

According to the bishop, among the main factors of the declining birth rate are the continuous and systematic degradation of the sacred institution of the family, the psychological and intellectual immaturity of society, the frightening increase in the number of abortions, the seeming welfare in which several generations of Greeks grew up, the devaluation of motherhood, the desacralization of man, and the relativistic approach to faith in God.

The Greek Orthodox Church is trying to facilitate a solution to the demographic crisis. Beginning in 1999, the Church gives cash benefits for the birth of a third child in the Thrace region, operates free kindergartens in all dioceses, organizes schools for parents, and renders significant material aid to families.

Despite these measures, the mortality rate in Greece remains higher than the birth rate. “It is a catastrophe for Greece:” Greek metropolitans on the new education reform
Hierarchs of the Church of Greece have commented on the scandalous statements made by Greek Education Minister Nikos Filis.
Comments