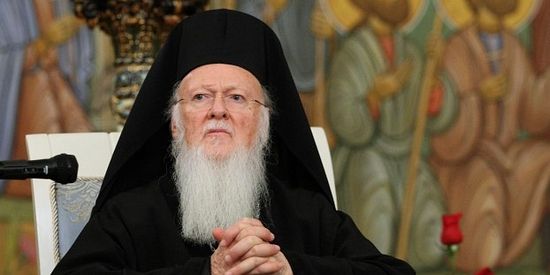 In the communiqué of the regular session of the Holy Synod of the Patriarchate of Constantinople, held from February 7 to 9, the Ecumenical Patriarchate has declared that it considers the actions of the Bulgarian Orthodox Church regarding the schismatic and unrecognized Macedonian Orthodox Church to be un-canonical, reports Sedmitza.

His Holiness Patriarch Neofit of Bulgaria was present in Constantinople in late January for the ceremonial reopening of the city’s famous Bulgarian Iron Church. He met personally with the Ecumenical Patriarch, presumably discussing, among other things, the matter of the Macedonian Church.

On Saturday, Metropolitan Nicholas of Filippopol of the Bulgarian Church accompanied Bulgarian President Rumen Radev to visit one of the monasteries of the Macedonian Church, where they were both warmly welcomed.

An unnamed hierarch of the Patriarchate of Constantinople told the Romfea news agency, in response to this most recent event, “Unfortunately, the Buglarians show that they have no Church consciousness.” Greek Synod says Bulgarians acting against holy canons in case of Macedonian Church
The Holy Synod of the Greek Orthodox Church held its December session yesterday and today, under the chairmanship of His Beatitude Archbishop Ieronymos of Athens and All Greece, at which it addressed the communiqu&#233; of the Bulgarian Orthodox Church on its decision to become the “Mother Church” of the schismatic Macedonian Orthodox Church. Serbian Church reportedly bewildered by decision of Bulgarian Church regarding Macedonian Church
The decision has caused anxiety among the Serbian hierarchy.

Edward2/24/2018 11:52 pm
I agree with Jamie, this has everything to do with PRIDE and nothing to do with LOVE. I too love the Greek people, culture, language and acknowledge their contribution to Christianity, but I do not support the Hellenism that many of the Greek Hierarchs condone and spread. Some Greeks even absurdly claim that Christ and the Virgin Mary were themselves.....Greeks! This is insanity, and these people truly believe these things and claim it with a straight face! I hope and pray that God in His infinite mercy will one day give the Greeks clergy and hierarch that have the holy mind of the Church and not that of the ancient PAGAN Greeks! I beg our Greek Hierarchs to preach Christ and not Hellenism!

Joseph2/22/2018 5:06 pm
Anon: I know that of course the Russians are at fault for everything, it's the simplest explanation, but huh? What do they have to do with this? And what British world war did they aid?

Anon.2/22/2018 5:02 pm
@Jamie,
If the Palestinins hadn't cooperated with the British, the the Zionist invaders could have never gained a foothold in the first place. Greece has never enabled them. In fact. it could be argued that it is the Russians' fault for aiding the British in their world wars. Have you forgotten the crimean war, the british support of the turks agianst enslaved Greece, Serbia, Bulgaria, Romainia, etc for centuries, Cromwell's association with judaism, etc?

Milos2/22/2018 12:49 pm
Not just bishop Jovan, he is the Archibishop of Ohrid but also bishops Joakim, David and Marko. So there are 4 canonical bishops in the Former Yugoslavian Republic of Macedonia. And a lot of ancient Byzantine and Serbian medieval churches. We are witnessing the attempts to change the canonical territory of SOC. We also expect problems in Kosovo and Metohija and other former Yougoslavia countrys. And then God knows which Church is going to be next.

Jamie Estevez2/21/2018 9:45 am
Can we not see it fit to return these Right Believing Orthodox Christians back into communion with the rest of Orthodoxy or is protecting the Hellenist Copyright over the name "Macedonia" more important? I love Greece and my Orthodox brothers and sisters there but this condemnation of the Bulgarian hierarchs efforts to bring these Believers back into the fold has nothing to do with Orthodoxy and everything to do with Politics and PRIDE and it is the same with the "Greek Occupation" of the Patriarchate of Jerusalem which blocks local Palestinian clergy from rising to Patriarch while collaborating with the Zionist regime to the point of selling off Palestinian land.
×