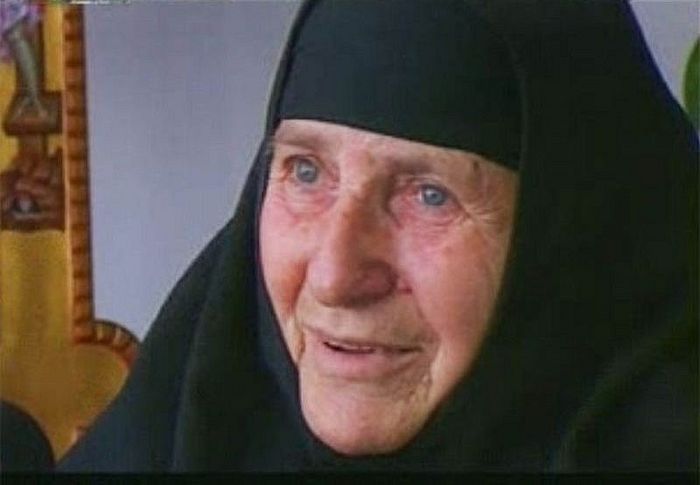 The great ascetic of Christ’s love dedicated her life to God as a nun from an early age. “Now her soul rushes into the arms of the One Whom she has faithful served all her life,” the Serbian Church writes.

Her funeral was celebrated today at noon, following a morning Presanctified Liturgy. Following the service in the monastery’s Dormition Church, all those gathered in her honor processed with her body to the monastery cemetery.

) was born on June 30, 1928 in Kapetanovići, in modern-day Bosnia and Herzegovina, as the sixth of eight children. Her mother later became a nun.

She was left without a father from an early age, but she inherited his love for reading the Scriptures, using all her free time to read them. Even as a little girl, she wanted to take monastic vows, but her desire was only fulfilled after the Second World War when she went to Gračanica Monastery in 1948. She was later tonsured into the small schema in 1957 by the future holy Patriarch Pavle.

She fervently undertook several obediences in the monastery, never sparing herself, and she became the deputy abbess in 1955. Together with the entire sisterhood, she endured many trials, imposed by the then-authorities. Following the 1990 repose of Mother Tatiana, the future Patriarch Pavle installed her as the abbess of the ancient monastery. She received the rank of igumena on October 16, 1992.

Under her direction, much was done to preserve the monastery. The economy was expanded, a new nursing home was built, old buildings and the church were restored and repainted, a new bell tower was built, and a wall was built around the courtyard.

Mother Euphrosyne was especially known for her prayerfulness. Her great prayer and love for God drew many young people to the spiritual life, of which about 30 became nuns at the monastery.

For decades, she bore witness to all the persecutions in Kosovo and Metohija with her nuns and the people. Through her mercy and humanity, she helped many who had been wronged and gave refuge to many in the monastery. Prayers entreated for nun who perished in monastery fire

Prayers entreated for nun who perished in monastery fire
“We ask your prayers for the repose of the sister of our monastery Nun Nikolaya, who died during the tragedy,” the message reads.